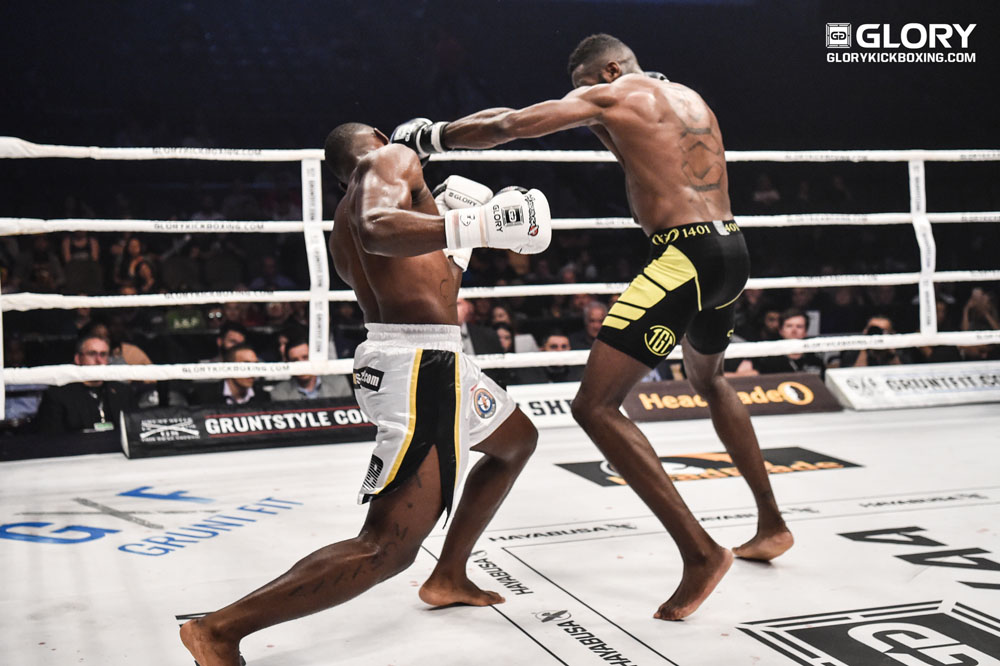 August was a quiet month for the heavyweights, with only the eighth-ranked Zabit Samedov in action. Samedov topped Errol Zimmerman by decision at Akhmat Fight Night in Russia to remain inside the top 10.

The only member of the middleweight top 10 in the ring was former GLORY title challenger Dustin Jacoby, who returned from a broken arm at GLORY 44 to demolish Sean Choice inside the first round. The victory keeps Jacoby planted at No. 9 in the rankings.

GLORY’s return to Chicago had a major impact on the welterweight rankings. The GLORY 44 main event featured Murthel Groenhart edging Cédric Doumbé by split decision to capture the welterweight title. The result sent shockwaves through the rankings. Doumbé falls from No. 1 to third, while Artur Kyshenko now sits atop the division. Groenhart, who failed to unseat former champion Nieky Holzken in his previous title quests, takes over the No. 2 spot with the victory. Harut Grigorian captured the GLORY 44 four-man tournament with decision victories over Antoine Pinto and Karim Benmansour. Grigorian enters the rankings at No. 9, which pushes Mustapha Haida out of a tie for 10th. At Fight Nights Saint-Tropez in France, eighth-ranked Yohan Lidon knocked out Florian Kroger with a violent head kick to hang onto his spot in the top 10.

The lightweight division continues to be the sport’s busiest and most competitive. Kunlun Fight 65 featured the round of 16 of the promotion’s annual Clash of Titans tournament. Second-ranked Superbon Banchamek took care of business, besting Nayanesh Ayman by decision. Fourth-ranked Marat Grigorian had the toughest opponent in the pairings, but he managed to knock out Thailand’s Jomthong Chuwattana in the second round. The loss pushes Jomthong back outside the top 10. Former GLORY champion Davit Kiria exacted revenge against Marouan Toutouh on the scorecards after falling in an extension round earlier this year. Capitalizing on Jomthong’s loss and cracking the top 10 was 2014 tournament winner Dzianis Zuev, who defeated Feng Xingli by TKO. Joining Zuev in 10th is recent GLORY tournament winner Christian Baya. The busiest fighter of the month may have been Mohamed Mezouari, who stopped Artem Pashporin by first-round TKO in the tournament and also stopped Thongchai Sitsongpeenong at Fight League 7. Mezouari climbs to eighth in the rankings. Last, but certainly not least, the legendary Buakaw Banchamek knocked out Azize Hlali with a left hook at All Star Fight in Bangkok. Buakaw stays at No. 5 with the win.

Dropped from the rankings: Yasuomi Soda (10)

When second-ranked Masaaki Noiri knocked out Diego Freitas at Krush.79, he took a big step toward erasing the controversy surrounding his decision win over Kaew Weerasakreck. In China, Ilias Bulaid knocked out Jordan Kranio and Wei Ninghui stopped Jairon Ortega in the Kunlun Fight 66-kilogram tournament to hang onto the No. 5 and No. 7 rankings, respectively. Japan’s Yasuomi Soda fell by decision against Jun Nakazawa at Krush.78, opening the door for China’s Wei Rui to enter the rankings at No. 9. Former GLORY champion Gabriel Varga is back in the top 10 after Thailand’s Petchpanomrung Kiatmookao fell to Rambo PetchPTT by TKO in Lumpinee Stadium. Petchpanomrung narrowly remains in the top 10 based on his body of work.

The outcome of the GLORY 44 main event sent the pound-for-pound top 10 into chaos. Cédric Doumbé slides all the way from second to 10th with the loss. Murthel Groenhart enters the top 10 in a tie for ninth, pushing former champion Nieky Holzken outside the top 10. Masaaki Noiri’s continued success earns him the No. 6 spot in the rankings.

The lone member of the women’s pound-for-pound top 10 to see action was GLORY super bantamweight champion Tiffany van Soest. She stopped late-replacement opponent Meryem Uslu by TKO at GLORY 44 to stay in the No. 5 slot in the rankings.