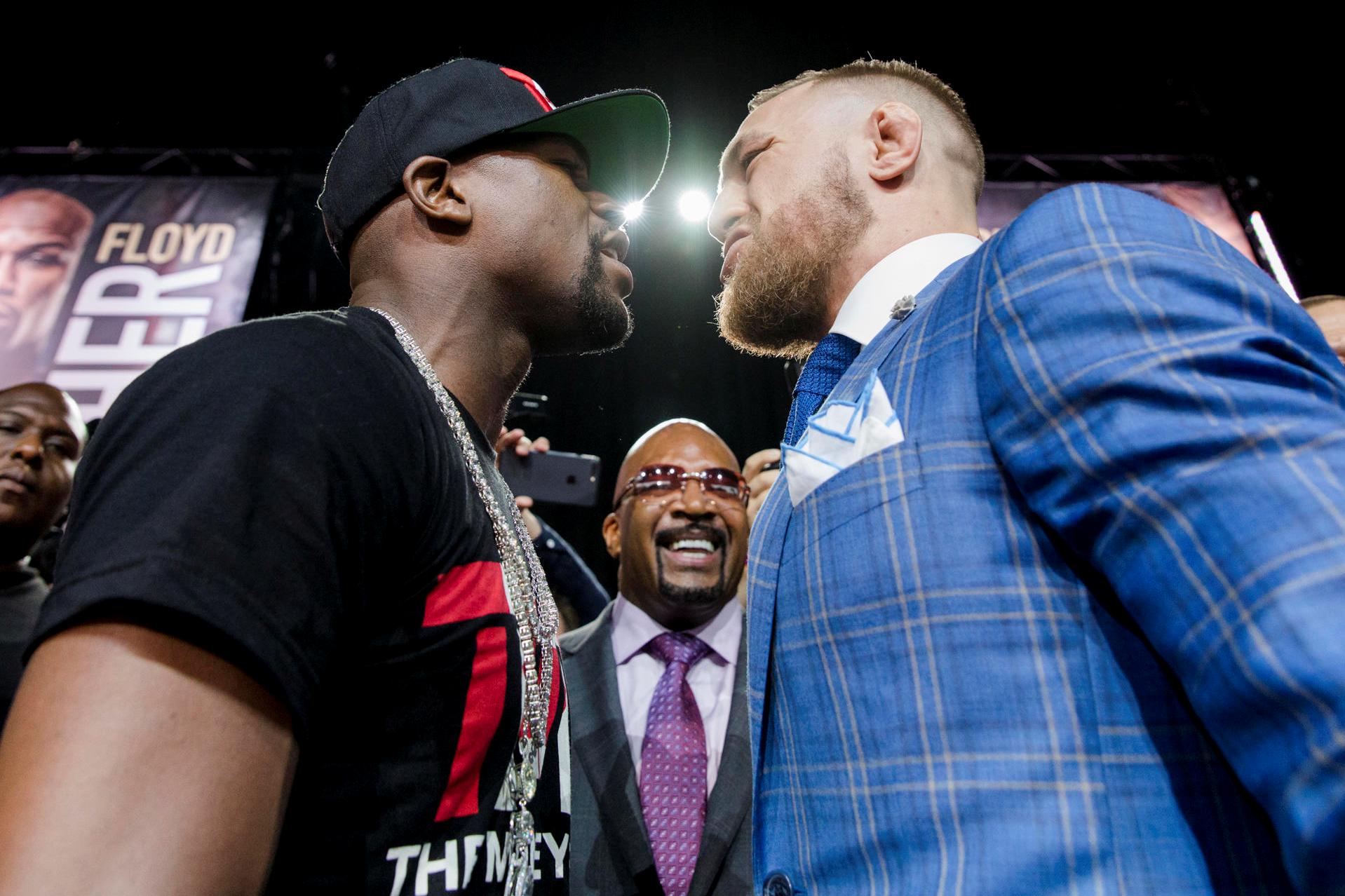 We’re rapidly approaching the big boxing superfight between Floyd Mayweather Jr. and Conor McGregor. The best boxer pound-for-pound so far of the 21st century is set to face the UFC’s biggest star and first man to ever hold titles in two UFC weight classes simultaneously. This sounds amazing, right?

It certainly has captured the general public’s interest. When has there been another fight where the press conferences were shown on television? The promoters are definitely expecting a financial bonanza with this event. Given all the hype and interest it’s generated, it certainly seems set to live up to those expectations.

These are some of the key points that keep coming up that can help the uninitiated see into the mindset of the boxing community at large approaching what will almost certainly be the year’s biggest fight.

This, as you might expect, keeps coming up repeatedly. McGregor, for all of his accomplishments in MMA, has no boxing matches, win or lose, to his credit. To most, the idea of coming into a whole new sport and taking on the very best that sport has to offer in their first attempt is certainly going to be met with quite a bit of pessimism. The comments range from, “McGregor won’t win one minute of the fight,” to, “McGregor won’t land a meaningful punch,” to, “Floyd’s getting 100 million dollars for a sparring session.” This has been the consensus opinion among boxing fans.

Detraction from GGG vs. Canelo

A large contingency of boxing fans are pissed off about this fight even taking place at all. They feel like it’s just going to undercut the contest between Gennady Golovkin and Canelo Alvarez, a fight they feel is a far superior boxing match between two guys who are excellent boxers and are both at the top of their game right now. With this megafight set to take place only three weeks after the Mayweather/McGregor superfight, the pay-per-view buys for GGG and Alvarez will surely take a hit.

This has been getting a lot of attention on boxing forums, Twitter, and a lot of other places where people are talking about the fight. McGregor has claimed to have knocked Paulie Malignaggi down in sparring, and generally roughed him up. Malignaggi claims McGregor didn’t have what he’d call “Oh my God” power. Malignaggi, having since resigned from working in McGregor’s camp, has also claimed to have had an easy time with the Irishman in sparring.

This factor, of course, could play a part. The UFC’s McGregor is accustomed to fighting in four-ounce gloves, which would probably allow for the fighters to throw slightly quicker punches, and certainly gives a smaller area with which an opponent can defend against punches. The larger size of boxing gloves means that both fighters will have more area to use for defensive purposes as well. In all likelihood, the main effect that 10-ounce gloves will have on the bout is that it’s going to make it that much harder for the Irishman to land cleanly on Mayweather, because he’s not used to dealing with an opponent who’s able to defend as well as Mayweather is going to defend.

Did We Mention McGregor’s Never Boxed?

Yes, that’s right. This is the main driving point boxing fans just will not get over. They say McGregor doesn’t even deserve this fight, that he can’t win a round, and that he won’t land a punch. All of this has been said as a result of the general feeling in the boxing community that McGregor is in way over his head in this contest. We’re just gonna have to wait until Aug. 26 to find out, but the feeling amongst boxing fans is this is the safest bet in town. McGregor has no chance.

Finally, just to wrap it all up in a nice little bow for everybody, this is what I personally think is likely to happen when the bell rings on Aug. 26.

McGregor, knowing full well that his only real chance at victory is to catch Mayweather with a bomb and score a knockout, will come out throwing haymakers early. There’s a good chance Mayweather will probably anticipate this strategy from McGregor and will spend the early portion of the fight defending the Irishman’s attacks.

After a few rounds of McGregor going all out for the knockout, he’s inevitably going to get a little fatigued, at which point Mayweather is going to start to open up and pop him with lead right hands almost at will. Mayweather will counter every attempt at offense from the tiring McGregor.

From there, one of two things will happen. Mayweather could be content to merely control McGregor without taking any risk and will comfortably box his way to a lopsided unanimous decision. Or, Mayweather will really try to make a point about how much better he is than McGregor, and he will really start to open up and tag the UFC champ with punches at will until he gets the stoppage. I personally feel it’ll be the latter, because Mayweather hasn’t been faced with an opponent as overmatched as McGregor in a long time.

All that being said, I don’t have any problem with the match-up being made. If Mayweather were still the reigning pound-for-pound No. 1 boxer out there and his fight with McGregor was denying a worthy challenger of their shot, then I might take issue with this fight. However, Mayweather is a retired boxer coming back for one last mega-crossover event. I say enjoy the show. It’s boxing versus the UFC. You don’t see it often, and this is the first time we’ve ever seen it in a boxing ring instead of inside the Octagon. It seems fun enough to me, even if the fight doesn’t live up to the hype.