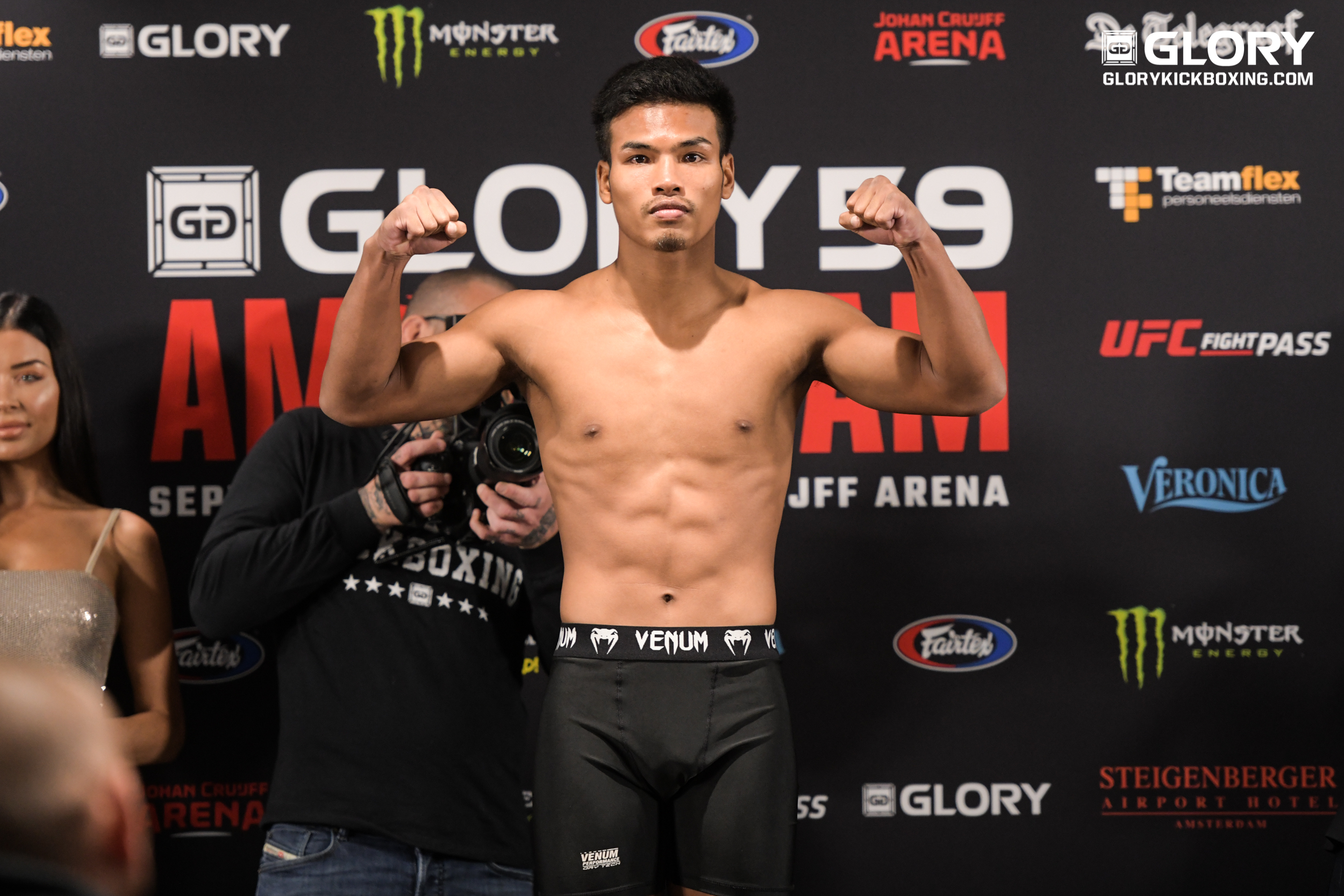 In the night’s main event, the promotion’s featherweight title is on the line as Thai champion Petchpanomrung Kiatmookao squares off with former titleholder Serhii Adamchuk for a third. Petchpanomrung is coming off a five-round war with American Kevin VanNostrand in November. The fight was ruled a draw, but Petchpanomrung retained the belt as champion. Ukraine’s Adamchuk will look to solve the Petchpanomrung puzzle for a third time, having come up short in both of the pair’s prior meetings.

The card also features a pair of former champions as Harut Grigorian and Anissa Meksen return against Jamie Bates and Jiwaen Lee, respectively.

The card kicks off with a preliminary card stream on YouTube at 11 a.m. ET. The SuperFight Series portion of the event takes place at 1 p.m. ET on UFC Fight Pass. The main card follows at 3 p.m. ET, also on UFC Fight Pass.

The fighters hit the scales on Friday, Feb. 28. Video of the action (courtesy of GLORY) appears above, while the results appear below.