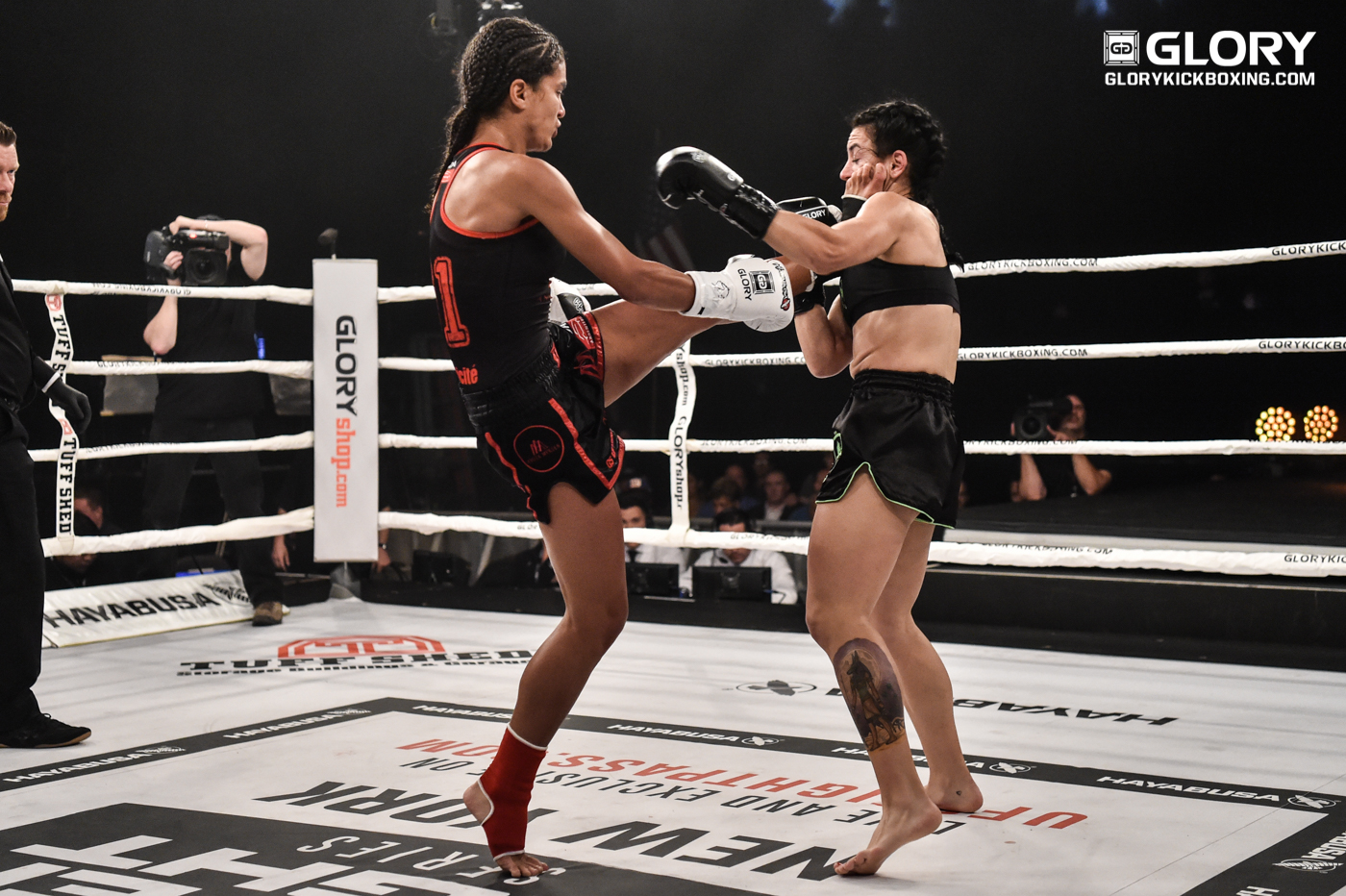 GLORY’s return to New York for GLORY 43 resulted in a head-scratching decision. No. 2-ranked Benjamin Adegbuyi faced off with Brazil’s Guto Inocente. After three rounds, it appeared as if Adegbuyi had done enough to win. However, when the scorecards were read, it was Inocente who earned the split decision. The debatable loss did not knock Adegbuyi from the No. 2 spot, but Inocente’s competitiveness moves the Brazilian into the No. 7 slot. Adegbuyi wasn’t the only fighter in the top 10 to fall on the scorecards. Roman Kryklia came up short against Tomáš Hron at Yangames Fight Night in the Czech Republic. Kryklia slips from ninth to 10th in the rankings, but he remains ahead of Hron based on body of work.

GLORY 43 was an important event for the light heavyweight division. With champion Artem Vakhitov on the sidelines, the match-up between Pavel Zhuravlev and Saulo Cavalari became an interim title affair. After three rounds (yes, three rounds), Zhuravlev captured the decision win and the belt. The victory pushes Zhuravlev into the No. 2 spot in the division, while Cavalari slips to third. Sixth-ranked Igor Bugaenko was also in the ring in July. He defeated veteran Hicham El Gaoui by decision at ACB Kickboxing 10 in Moscow. Brazil’s Ariel Machado hangs onto the No. 10 spot in the rankings after topping Lucas Alsina via third-round knockout at WGP Kickboxing 38: Curitiba in his native Brazil.

Technically, there was no action in the middleweight top 10 in July. However, two fighters in the top 10 did compete outside of the division. Sixth-ranked Israel Adesanya took on UFC veteran Melvin Guillard in MMA competition. Adesanya earned a violent finish of the veteran. With 10th-ranked Alexander Stetsurenko returning to the 77-kilogram division, he departs from the middleweight rankings. This opens the door for Cyril Benzaquen to enter the rankings for the first time.

ACB Kickboxing 10 in Moscow featured Alexander Stetsurenko’s return to 77 kilograms. The Russian defeated Zakaria Baitar to re-enter the rankings at No. 9.

As always, the lightweight division was one of the busiest of the month. No. 1-ranked Sitthichai Sitsongpeenong cruised past Hassan Toy at Wu Lin Feng 2017: China vs. Spain. Second-ranked Superbon Banchamek continued his dominance of I.F.M.A. World Muaythai, earning gold at the World Games 2017 in Poland with victories over Dimitar Markov, Gabriel Mazzetti and Masoud Minaei. Thailand’s Jomthong Chuwattana earned a pair of wins at Kunlun Fight 64 to advance in the promoiton’s annual 70-kilogram tournament. Jomthong bested Cedric Manhoef by extra-round decision in the semifinals before stopping Takuya “T-98” Imamura by TKO in the final.

Dropped from the rankings: Gabriel Varga (10)

Featherweight was relatively quiet in July, but there is some shuffling in the rankings. Third-ranked Qiu Jianliang outclassed Yukihiro Komiya at Krush.77 to maintain his place in the top 10. France’s Fabio Pinca is the newest addition to the top 10 after earning his 13th victory in his last 14 bouts and knocking out Rungrat Pumpanmuang in the third round at Chook Muay. Pinca’s inclusion bumps former GLORY titleholder Gabriel Varga from the top 10.

Despite the activity from Sitthichai and Superbon over the past month, the pound-for-pound rankings remain unchanged.

July was largely a showcase for the world’s best female kickboxers. Top-ranked Anissa Meksen made her GLORY debut in New York, where she dominated Jady Menezes en route to a unanimous decision. The No. 6-ranked fighter, Iman Barlow, retained her 54-kilogram title at Enfusion Live 51 with a decision victory over Ashley Nichols. The biggest change in the top 10 comes from Kunlun Fight 64, where Anissa Haddaoui defeated Wang Kehan by extra-round decision. Haddaoui vaults into the No. 7 spot in the rankings, while Kehan drops to eighth with the defeat. Also impacting the rankings was Shoot Boxing Girl’s S-Cup 2017, where Japan’s Rena Kubota topped Jleana Valentino to re-enter the rankings at No. 9. The inclusion of Haddaoui and Kubota pushes both Antonina Shevchenko and Mellony Geugjes outside the top 10.