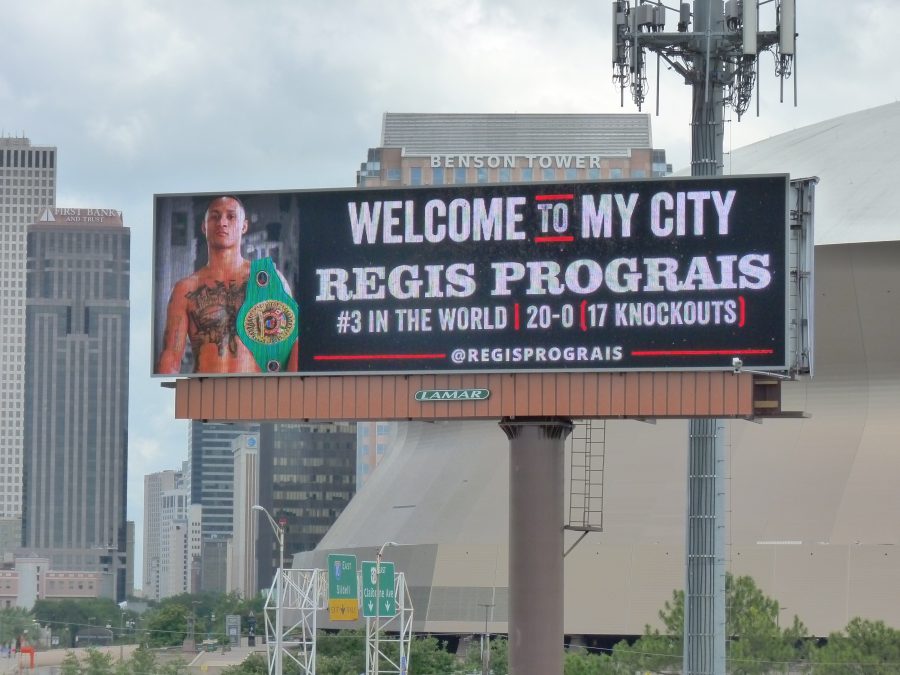 Boxing in 2017 has already spoiled its viewers with great fights, highlight-reel knockouts and the emergence of young talent capitalizing once a platform is given to them. Early in January, James DeGale and Badou Jack got the year started with a “Fight of the Year” candidate. Later that month, Mikey Garcia delivered what could be the “Knockout of the Year” over Dejan Zlaticanin. Since then, we’ve had countless title fights, fan-friendly match-ups and, of course, some questionable decisions. It’s easy to get lost in the wave of fights, but let’s not forget what one junior welterweight accomplished on Hall of Fame weekend. In front of boxing greats, with a Hall of Fame class headlined by heavyweight great Evander Holyfield, Regis Prograis shined brightest with a second-round knockout of Joel Diaz, Jr.

“It’s a real good feeling,” Prograis, who is undefeated through 20 fights with 17 knockouts, told Combat Press. “I knew I had to go out and perform, because it was Hall of Fame weekend. This fight was a statement fight for me. After the fight, I talked to [Lou] DiBella, and he was like, ‘I couldn’t have written a better script.’”

Airing on Showtime’s Shobox: The New Generation, a series built around prospects looking to break the label and become contenders, Prograis squared off against the previously unbeaten Diaz. It was quick work and easy money for Prograis, who dropped Diaz just before the end of the second round. It was the fourth knockdown for Prograis, and it came with a left hook after setting it up with body shots. With the performance, Prograis put the division on notice.

“I want Viktor Postol, Adrien Broner. I want Terence Crawford. I feel like those are the big names of the division,” said Prograis. “I want to fight the best people. I’m not looking to duck nobody. I’m 20-0 with 17 knockouts, and I’ve been destroying everybody they put in front of me. I know last fight was a step up fight for me. Joel Diaz, Jr., was 23-0 with 19 knockouts, and he was considered real good, and before the fight, people were saying it was gonna be a good fight, a 50-50 fight, and I stopped him in the second round. It shows you that I’m ready. I’m definitely ready for the big dogs.”

The big dog reigning over the junior welterweight division is the aforementioned Crawford, whose record stands at 31-0 with 22 knockouts. Crawford is seen by many as the pound-for-pound best boxer.

“A lot of people feel like he’s invincible right now and he’s too good for anybody, and I’m not gonna lie, it does seem like that because he’s running through people,” said Prograis. “I feel like if you give me one or two more fights and [then] I can get in there with him. Not only that, right now I’m ranked number two, so it’s only two people in front of me besides him. I’m right there anyway.”

Prograis began his career of fighting well before he was headlining cards and getting paid to do so. The New Orleans native, who now resides in Houston, was always more than willing to scrap at an early age.

“I feel like I was born to box, man. Born to fight. I was just raised fighting,” he said. “My parents never fought, but I was always just rough growing up. I was always fighting. I did karate. I played football. Me and my friends would always just fight, be it on the streets with each other or other people. My childhood was just a lot of rough playing. I’m surprised none of my friends don’t box either. I’m the only one that stuck with it.

“As I got older, I’d box on the streets with the gloves. We’d all put the gloves on and start doing that type of stuff. Then, in high school, I played football. And every Friday, everybody would get in the boxing gyms, we would put the gloves on, and I would just beat up everybody every Friday. I remember one time the coach came in — I think it was the offensive coordinator — and he saw me beating up everybody. After that, he pulled me aside and he told me, ‘Look, I don’t think you have a career in football, but you definitely do in boxing.’ The next day, literally, I returned my equipment and started to box.”

When first starting off in his career, Prograis lost more money than he earned fighting. Many times, he’d fight for free. Since picking up the gloves professionally, though, Prograis has gone from humble beginnings to near-star status. Now, he’s got an entire city behind him. After last month’s victory, Prograis returned to his hometown of New Orleans to a humbling reception.

“Man, I have a lot of love in New Orleans,” said Prograis. “Right now, I’m on the biggest billboard in the city, right in front of the Superdome. A lot of people there know who I am. My city is definitely behind me. I have a lot of support, and I feel I can be the household name in New Orleans, just like the Saints [NFL football team] and the Pelicans [NBA basketball team]. That’s the aim I’m going at right now.

“When football season is on, every Sunday it’s like 80,000 fans in the Superdome to watch the Saints play. It’s the same with the Pelicans. New Orleans fans are hardcore fans. The Saints could lose every week, but, no matter what, our city has hope and they always show up. That’s what I want to get. I’m trying to get everybody behind me [and] be like the hometown hero and bring boxing back to New Orleans. I want to fight in the Superdome.”

If Prograis continues to put on great performances, he’ll get his wish and join greats like Muhammad Ali, “Sugar” Ray Leonard and Roberto Duran. Until then, keep an eye on the young boxer and don’t blink. You never know when the knockout is coming.

Regis encourages fans to check out his website: rougarouboxing.com
Advertisement