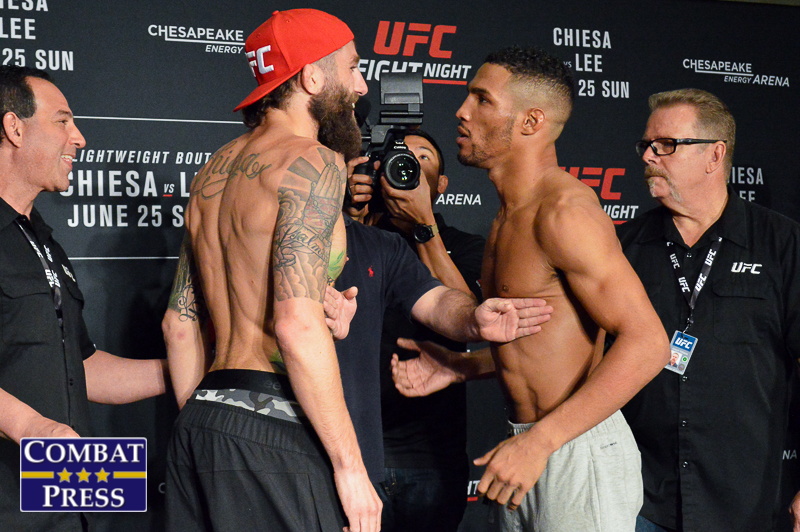 On Sunday, June 25, the UFC will host UFC Fight Night 112: Chiesa vs. Lee from the Chesapeake Energy Arena in Oklahoma City, Okla.

In the night’s main event, rising lightweight contenders square off as The Ultimate Fighter: Live winner Michael Chiesa takes on Kevin Lee. The 29-year-old Chiesa enters the headlining affair having won three straight, including back-to-back submission wins over Beneil Dariush and Jim Miller. Lee, meanwhile, has won four straight and eight of his last nine leading into his first main event. Lee’s last three victories have come inside the distance.

The card also features a pair of former champions in Johny Hendricks and B.J. Penn, who take on Tim Boetsch and Dennis Siver, respectively.

The fighters hit the scales at 10 a.m. ET on Saturday. For the full results, click here.

Below is a photo gallery shot by Dan Kuhl of Combat Press. Click an image for a larger version.