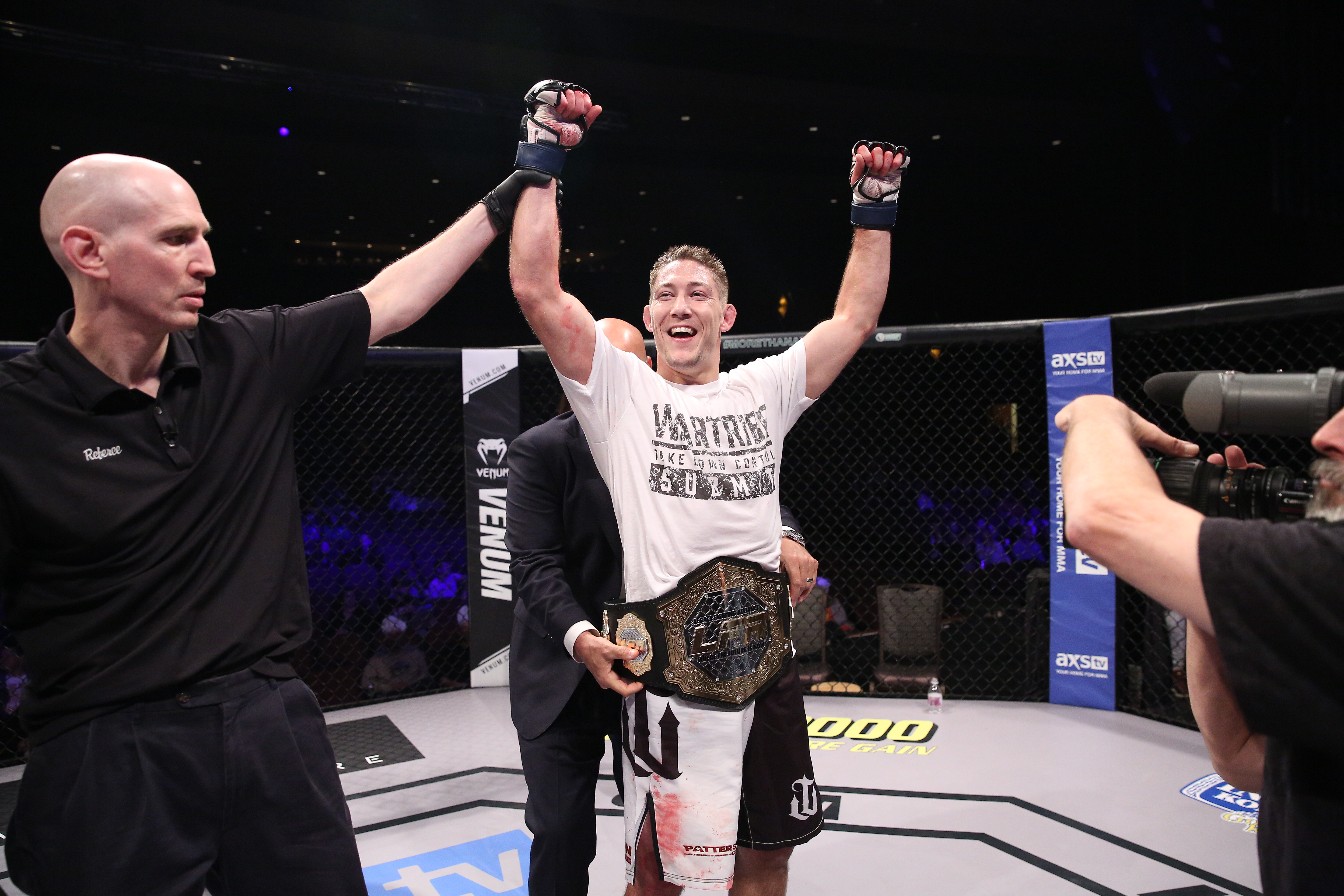 On Friday, May 19, Legacy Fighting Alliance visited the Mystic Lake Showroom in Prior Lake, Minn., for LFA 12: Krantz vs. Neumann.

In the night’s main event, the promotion will crown its inaugural welterweight champion as Derrick Krantz locked horns with Ben Neumann. The 29-year-old Krantz was the more experienced of the pair, having held the Legacy FC title and having competed for Bellator MMA. He entered the contest riding a two-fight winning streak, and had won five of his last six. Neumann, who also runs a bakery, was a longtime staple of Resurrection Fighting Alliance. A submission specialist, 10 of his 12 wins have come via tapout. He was riding a three-fight winning streak, with all three wins coming before the final bell.