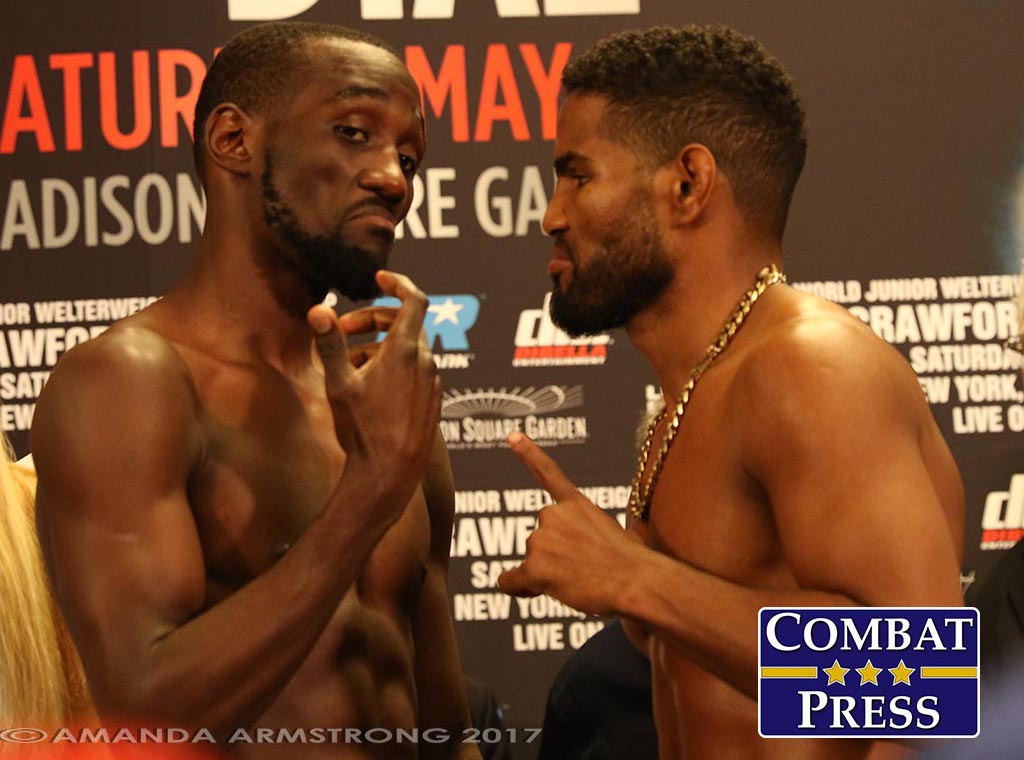 On Saturday, May 20, HBO Boxing will host Crawford vs. Diaz from Madison Square Garden in New York City.

In the main event of the evening, undefeated world junior welterweight champion and top pound-for-pound fighter Terence Crawford will defend his unified WBO, WBC and Ring Magazine titles against former Olympic gold medalist and top-rated contender Felix Diaz. It will be televised live on HBO, beginning at 10:15 p.m. ET.

“It’s going to be a fun night; I’m really excited for this fight,” said the champion Crawford. “I’ve been reading all of the blogs people have been sending me for the last couple of days, telling me that this guy said I’m scared of him and I’m ducking him. And everybody knows Terence Crawford doesn’t duck anybody. I’m real excited and happy that he got the chance to get the fight. I’m not running boy, I’m not running! So we’re here now and that’s everything I have to say. Let the better man win!”

“On the 20th it’s going to be an incredible opportunity for me,” stated Diaz. “When I was arguing with my managers about finding the biggest fights out there, Crawford was No. 1 since he is the best out there and it’s such an amazing opportunity to finally get that fight with him.”

Below are photos of the event’s weigh-ins shot by Amanda Armstrong of Combat Press. Click an image below for a larger version.