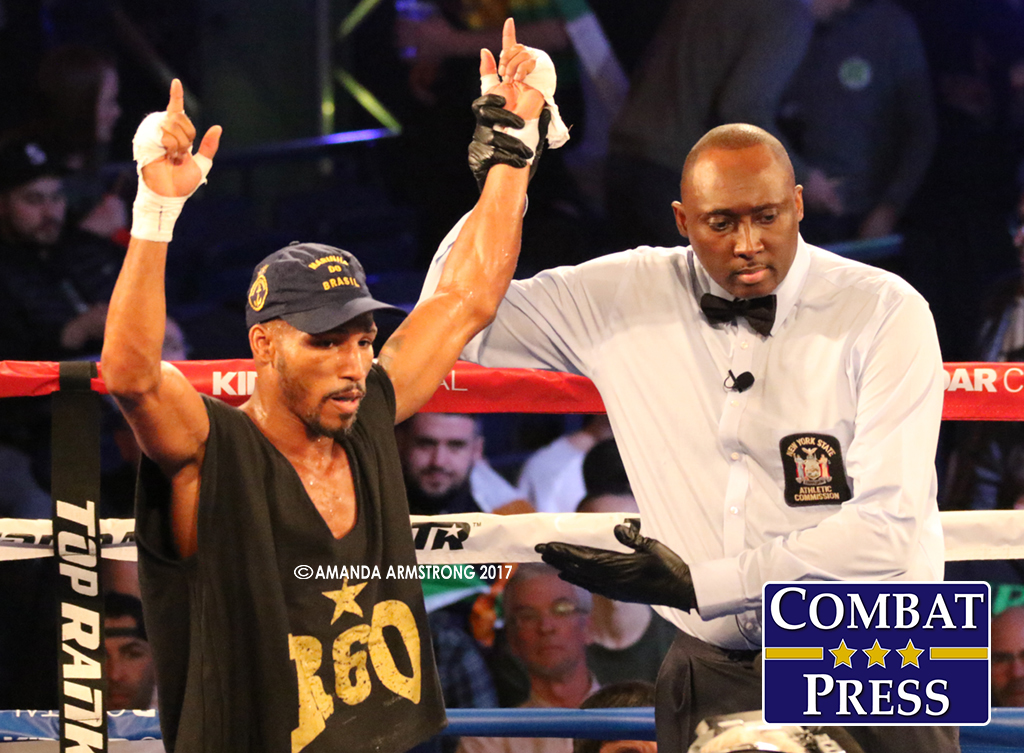 On Friday, March 17, the Theater at Madison Square Garden was the venue for Top Rank Boxing’s Conlan vs. Ibarra.

It was not a good night for Hollis, as any attempts to set up his straight right was met by combos and hooks from Conceição. Conceição entered with only two professional fights, but looked comfortable and took control. Using his left hook with regularity, he put Hollis down in the corner late in the opening round.

In the second, Conceição came out with more hooks, smothering Hollis, who was still looking to get something going. Conceição pinned Hollis against the ropes, unloading with combinations and the referee was forced to step in to stop the fight at 36 seconds of the second round.