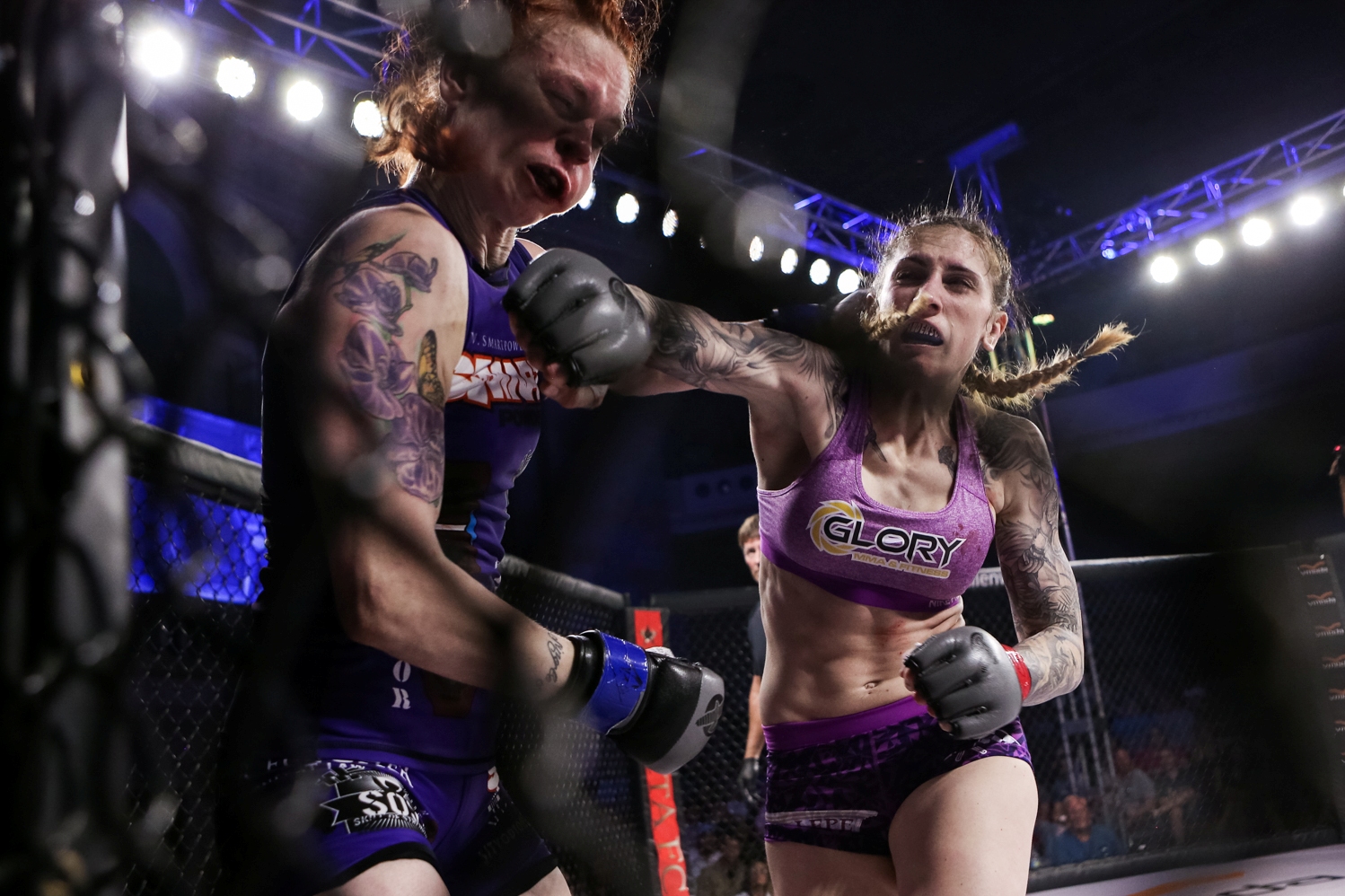 In the night’s main event, Australia’s Megan Anderson took on Canadian Charmaine Tweet in a five-round affair for the promotion’s interim featherweight championship. Anderson entered the contest having won three straight fights, including back-to-back, first-round knockout victories over Peggy Morgan and Amanda Bell. Tweet battled for the title for a second time, having fallen short against Cristiane “Cyborg” Justino at Invicta FC 11. Tweet returned to the promotion in May, delivering a first-round finish of Latoya Walker via spinning backfist to extend her winning streak to three.

A huge TKO stoppage was money for Megan Anderson, as she became the Invicta interim featherweight champion. It took her two rounds, but the Aussie was able to hit an onslaught on Charmaine Tweet, cementing herself as the best featherweight in Invicta. The stoppage was impressive, shaking off a competitive first round and crowning herself in a massive second-round route.

In what was a short affair, Leah Letson proved that fighting on short notice doesn’t take away one’s ability to score a huge finish. In what was a one-round fight, Letson cracked Elizabeth Phillips with a huge head kick, knocking her off her feet. A couple of punches on the ground fighter, Letson was hailed the victor, earning herself the biggest win of her career.

Ladd Outlasts Eubanks on the Scorecards

In what was a competitive bout, Aspen Ladd was able to score a unanimous decision over Sijara Eubanks. The bout was contested on the feet and on the ground, showing she’s an all-around threat. Ladd continues to be one of the best bantamweight prospects, while Eubanks boosted her stock in a loss.

In what was a one-sided drubbing, Andrea Lee used Jenny Liou Shriver as target practice. Lee was able to track her opponent down, landing big shot after big shot. Eventually, the ref had to step in, as Lee was destroying her. It was another big win for Lee, who continues to impress as one of the best young flyweights in the world.

Despite many of those in attendance thinking she choked Amy Montenegro out at the buzzer, Celine Haga fell short in a strawweight bout that had fans buzzing. Jumping ahead early, Haga was evened out in the second round by Montenegro. The third was dominated by Montenegro, until the closing seconds, where Haga was able to secure a choke that many deemed good enough at the buzzer, as the ref seemingly woke up Montenegro to hand her the victory.

Round two was a tough one for Christine Ferea, but she took it in stride, as she scored a third-round TKO over the more experienced Rachael Ostovich. After a strong first round, she slowed in the second, as Ostovich scored with submission attempts. However, in round three, she was able to stand with Ostovich, scoring a TKO that was impressive.