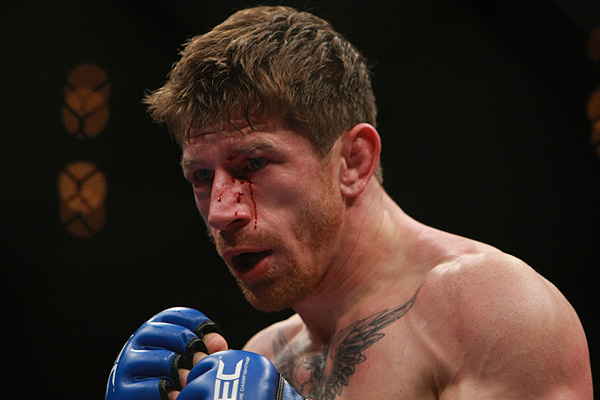 When you look around the sport of MMA and try to find aging fighters still punching an opponent in the face years after their time in the sport has presumably come to an end, it’s increasingly becoming few and far between. That’s right, and it’s because so many of them are becoming successful coaches in the sport due to their ability to put together a flawless strategy to help current fighters perform.

When MMA fans hear that name, they remember a former champion in the WEC who actually beat legendary former WEC champ Urijah Faber, knocking him out in the very first round to capture the promotion’s featherweight title.

Just seven months later, Brown defended the title against Faber in the former champ’s hometown of Sacramento, Calif., in an epic five-round masterpiece, absolutely dominating “The California Kid” for 25 minutes.

Years later, Brown would compete in the UFC, where he went 2-3. He was unable to match his success in the WEC, so the logical career choice, assuming one possesses the tactical and strategic skills, was to be a head coach and put together game plans for other fighters to follow.

While other top-tier coaches, like Eric Del Fierro of Alliance MMA and Brandon Gibson of Jackson-Winkeljohn deserve praise for what they’ve done in their respective roles, Brown definitely had his breakout year in 2016 as a coach in the UFC. He has contributed to the rise of two champions — Woodley and Jędrzejczyk — this past year. To be fair, the Polish-born Jędrzejczyk was already champion before coming to ATT, but there’s no doubt she’s been molded into an even better fighter thanks in large part to Brown’s help.

Not every fighter can become a coach and use their knowledge of the fight game to help others, but Brown has managed to transfer his abilities into a role outside of the cage. A lot of fighters don’t have to be hugely successful in their own career to be coaches, either. They just have to demonstrate the role of someone who can be smart and strategic enough to mold together the perfect fighter. Other former fighters turned coaches, like Justin Buchholz of Team Alpha Male and Duane “Bang” Ludwig of the Elevation Fight Team are also great examples of what fighters can do after their time comes.

Sometimes, the love of the sport can never keep a fighter away for long enough. Sometimes, they realize they can still contribute in valuable ways. Brown’s contributions in 2016 are proof of this, and these achievements earn him the title of the Combat Press 2016 Coach of the Year.