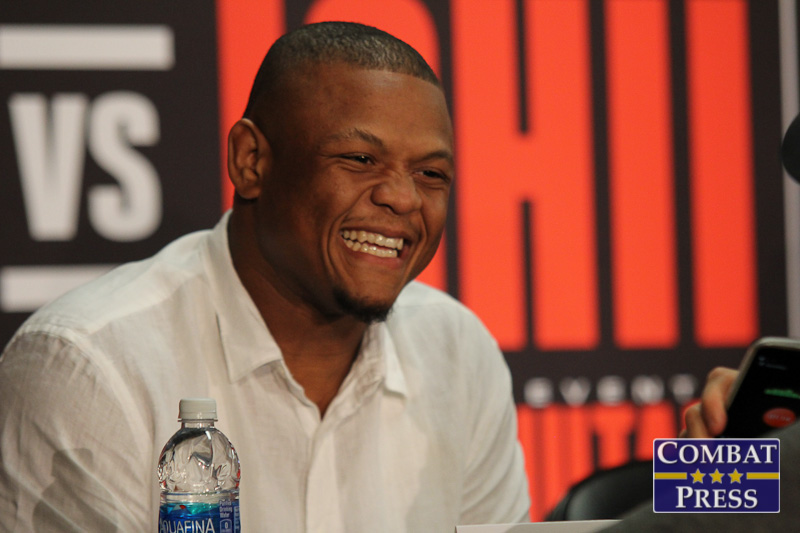 “I love it when a plan comes together.”

The A-Team was easily one of the best television series of the 1980s, and that was the tagline of the leader of the team, Col. John “Hannibal” Smith. In pretty much every episode, there was some plan to accomplish the weekly objective, and just when the plan was appearing to fall apart, everything would come together and the team would come out on top.

Jarod Trice is a three-time NCAA Division I All-American wrestler turned Bellator MMA prospect training out of Arizona Combat Sports. When he was wrestling in college, he had a plan.

“The plan was to win a couple world medals, but the plan didn’t work out — but things don’t always work out as planned,” Trice told Combat Press. “The next step for me was to do MMA. All my friends were switching over to the sport and competing at a world-class level, so I thought, ‘Why not me?’ And that was pretty much it.”

Trice made his pro MMA debut last month when he faced fellow newcomer Tommie Britton at Bellator 167. The wrestler showed up, dominated the fight and came out with a decision victory, all according to plan.

“My experience was great, man.” Trice said. “I loved it. I like going out in front of large amounts of crowds, performing, and showing people what I have to offer.

“It was a great experience overall, going out, pressing a guy against the cage, throwing elbows, kicking, knees, doing what I do in practice and the rush, man. The adrenaline rush is crazy.”

In a very quick turnaround, Trice landed on this Friday night’s card at Bellator 171 at the Kansas Star Casino in Mulvane, Kan. His opponent will be 39-year-old Missouri fighter Kevin Woltkamp. Woltkamp got a late start in the sport, but he’s coming off a first-round knockout last month.

“I like the match-up,” Trice said. “I’m going to go in there and show my stand-up. I’m going to touch his chin. That’s what I want to do right now. I want to be on TV, man.

“I know he’s a brawler, and I know he likes to throw his right hand. That’s what I know about him. I know he’s 1-2, and I’ve seen some of his amateur fights. Like I said, I want to touch his chin.”

Trice has a great camp behind him as he trains for Friday’s event. He made the move to ACS, where he trains under Trevor Lally and Jameson White, as well as a stable of high-level training partners like Trevor Smith, Clifford Starks, Kyle Stewart, Matt Frincu and Tyrell Fortune, who will also be fighting on this card. He may have only started striking seven months ago, but he loves it and feels very good about his training.

“I’ve got a good group of guys around me who want to see me do good and are helping me every day with anything that I need,” Trice said.

Trice may not have become a world champion in wrestling, but he has a new plan, and that’s to be an MMA champion. Bellator is a great platform to work his way up the ranks, and the next step is Friday night at Bellator 171.

Trice would like to thank his mom, his high school and college wrestling coaches, his coaches and teammates at Arizona Combat Sports and his sponsors. Follow Jarod on Twitter: @Iam_DOUGH
Advertisement