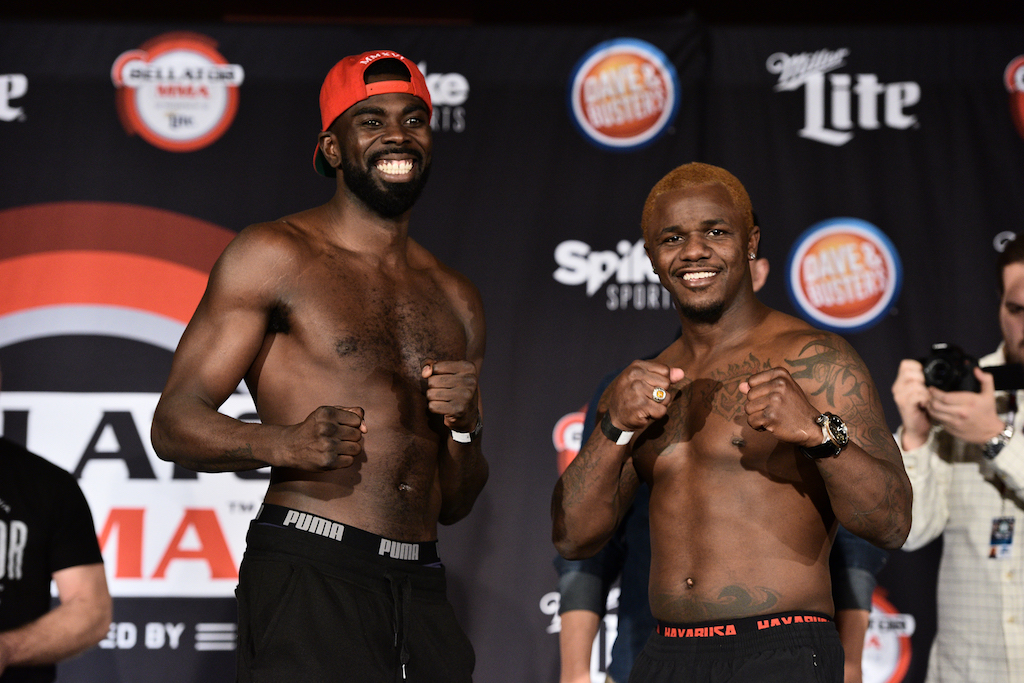 In the night’s main event, well-traveled veteran Melvin Guillard clashes with striking specialist Chidi Njokuani in a 180-pound catchweight. The 33-year-old was a longtime staple of the UFC, but has competed for both WSOF and Bellator MMA since his release. Guillard has just one victory since 2013, after his knockout win over David Rickels at Bellator 159 was overturned due to a failed drug test. Njokuani, meanwhile, enters the contest riding an eight-fight undefeated streak. The vaunted kickboxer competed for RFA and Legacy FC before signing with Bellator MMA.

The action kicks off Friday with a live preliminary card stream above at 7 p.m. ET. The night’s main card airs on Spike TV beginning at 9 p.m. ET. Check back following the event for the full results.

The fighters hit the scales at 6 p.m. ET on Thursday, Jan 26. A live video stream (courtesy of Bellator MMA) appears above, while the results appear below.