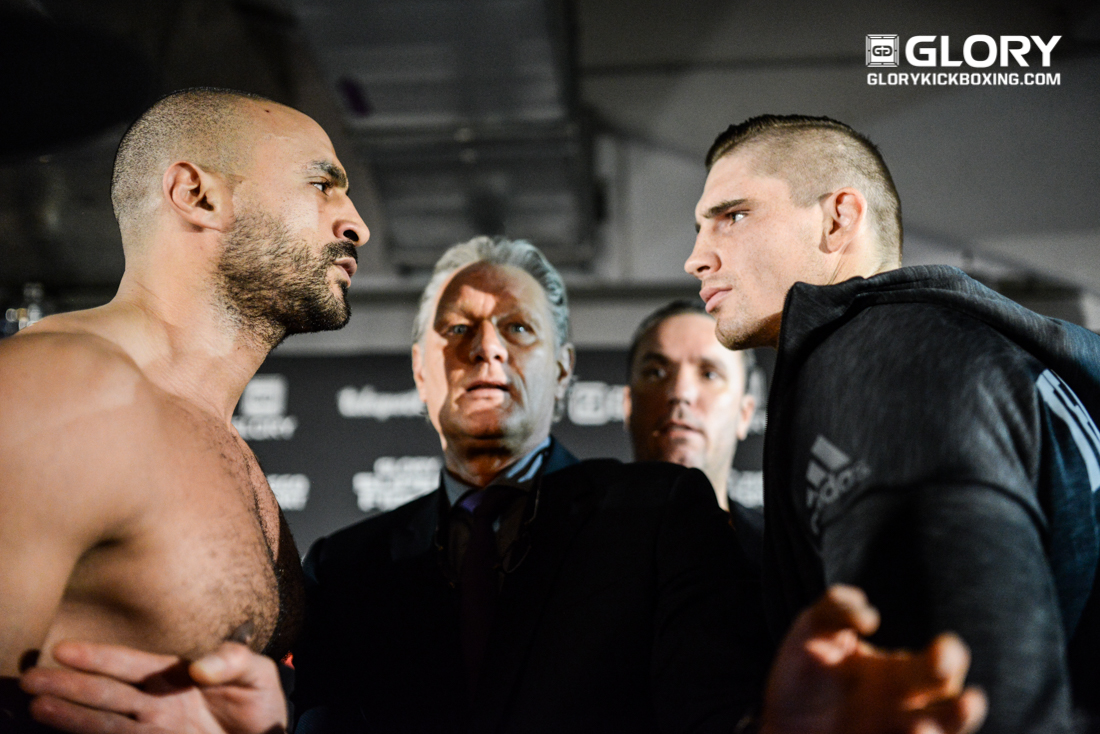 On Saturday, Dec. 10, GLORY will hold its biggest fight card to date, dubbed GLORY: Collision. The pay-per-view event features a heavyweight mega-fight between current champion Rico Verhoeven and the sport’s bad boy, Badr Hari. The pair will meet at the König Pilsener Arena in Oberhausen, Germany.

The 27-year-old Verhoeven has won 10 of his last 11 bouts, including five straight title defenses inside the GLORY ring. Since defeating Daniel Ghita to earn the title at GLORY 17, he’s bested Errol Zimmerman, Benjamin Adegbuyi (twice), Mladen Brestovac and Anderson “Braddock” Silva. The Dutchman defeated Silva at GLORY 33 on Sept. 9.

Hari, meanwhile, has won five straight, including four by way of stoppage. The 31-year-old Dutch-Moroccan holds more than 100 career kickboxing wins, with more than 90 of those wins coming via knockout.

Above is video of the staredown between headliners Verhoeven and Hari (courtesy of GLORY Kickboxing), while the results of the event’s weigh-ins appear below.