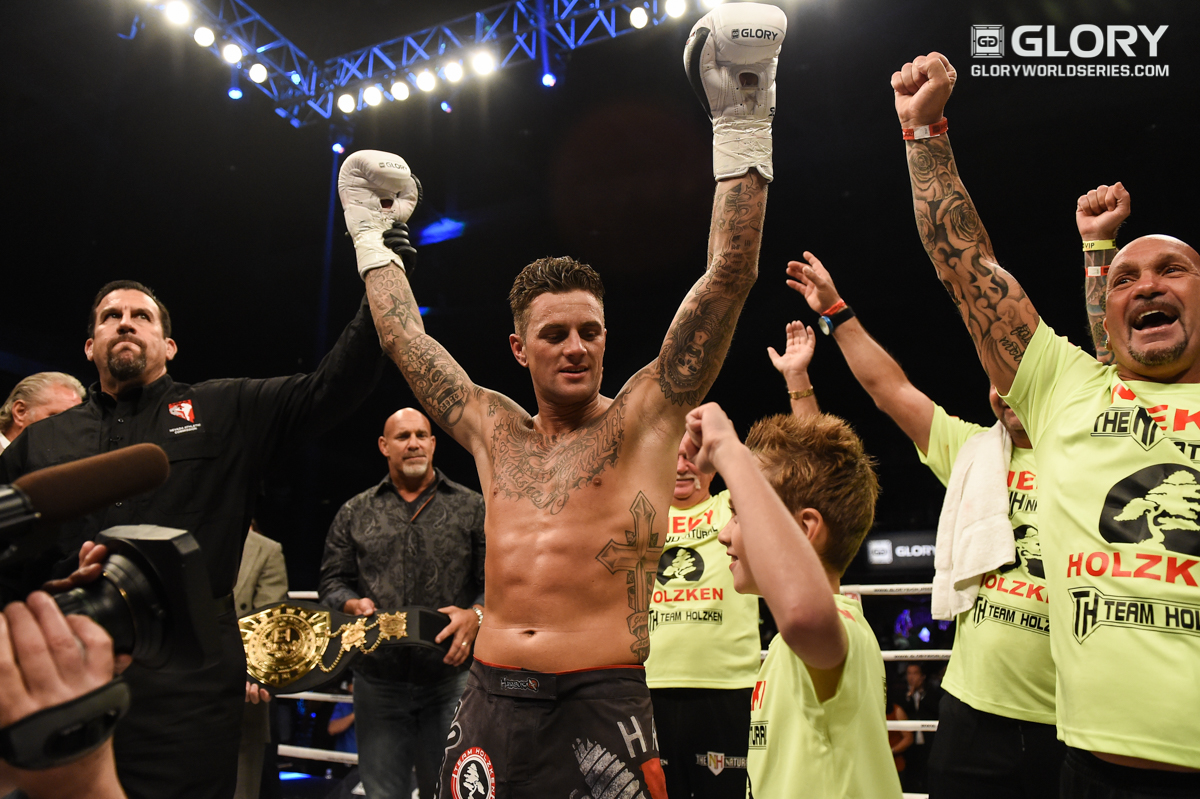 On Friday, Oct. 21, GLORY kickboxing returned to the Mile High City for GLORY 34: Denver. The event took place from the 1STBANK Center in Broomfield, Colo.

In the night’s main event, GLORY welterweight champion Nieky Holzken met rival Murthel Groenhart for a third time. The pair first met in 2010 with Holzken earning a narrow decision win after an extension round. They rematched at GLORY 26: Amsterdam late last year with the Dutchman Holzken again escaping with a win on the scorecards. Since then, Holzken had defended his belt against Yoann Kongolo. Groenhart, meanwhile, had been very active, both in and out of the GLORY ring. The 30-year-old earned a third crack at Holzken after besting both Karim Benmansour and the aforementioned Kongolo at GLORY 31 to capture the welterweight contender tournament.