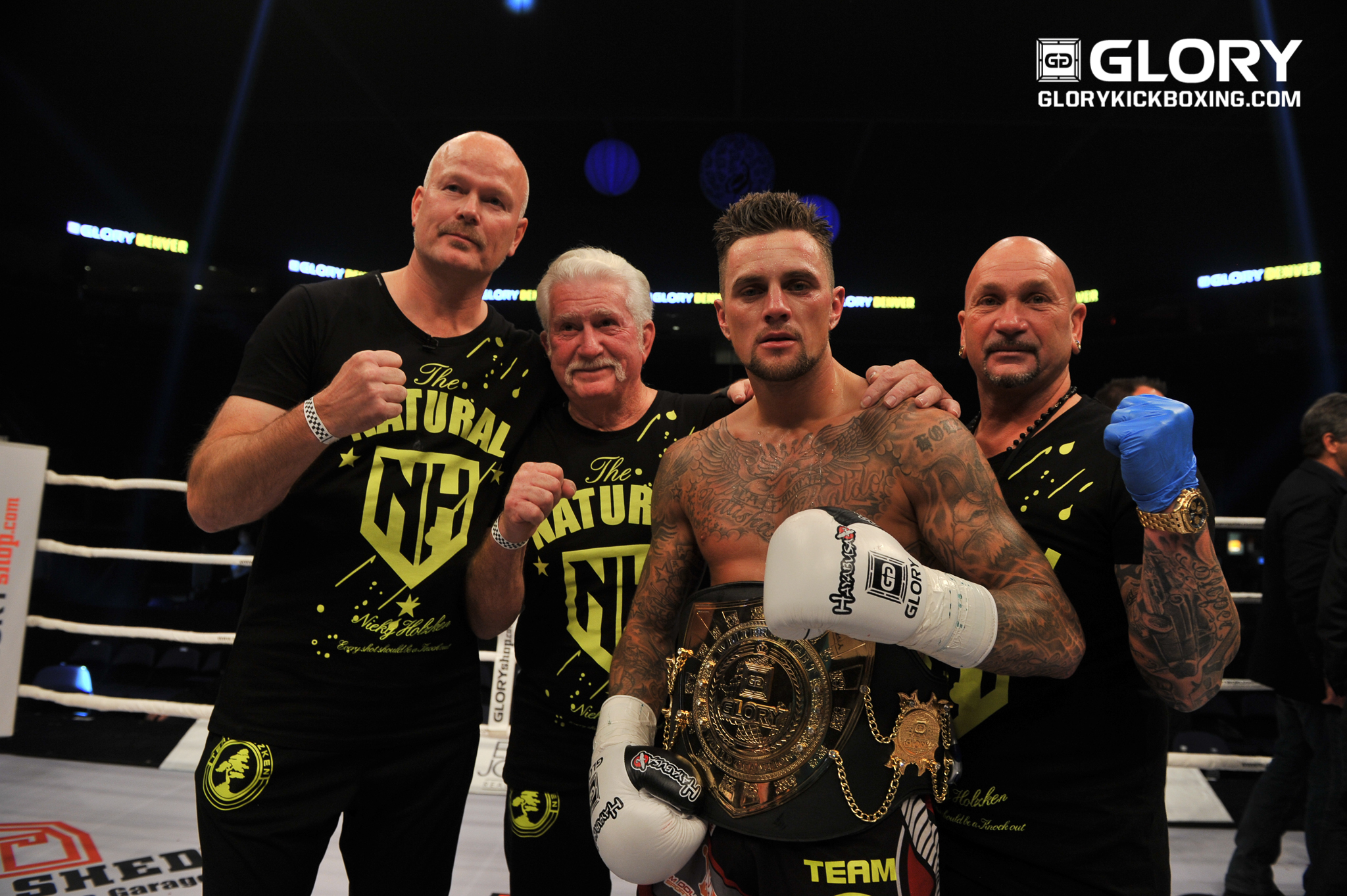 On Friday, Oct. 21, GLORY kickboxing returned to the Mile High City for GLORY 34: Denver. The event took place from the 1STBANK Center in Broomfield, Colo.

In the night’s main event, GLORY welterweight champion Nieky Holzken met rival Murthel Groenhart for a third time. The pair first met in 2010 with Holzken earning a narrow decision win after an extension round. They rematched at GLORY 26: Amsterdam late last year with the Dutchman Holzken again escaping with a win on the scorecards. Since then, Holzken had defended his belt against Yoann Kongolo. Groenhart, meanwhile, had been very active, both in and out of the GLORY ring. The 30-year-old earned a third crack at Holzken after besting both Karim Benmansour and the aforementioned Kongolo at GLORY 31 to capture the welterweight contender tournament.

Below is photo gallery of all the night’s action shot by James Law and Phil Lambert of GLORY. Click an image for a larger version.