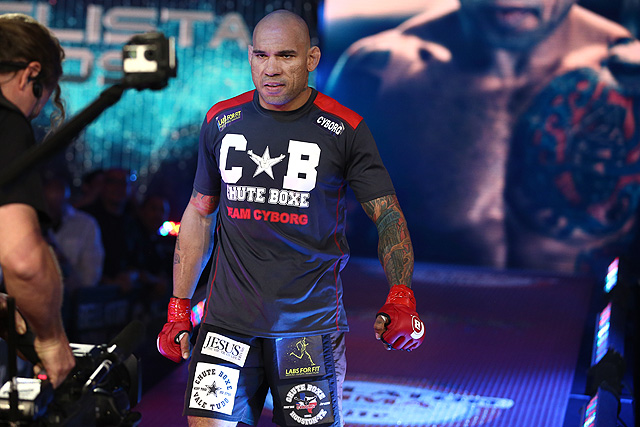 “Cyborg” was the victim of a flying-knee knockout from Michael “Venom” Page at Bellator 158. The concern is the injury Santos suffered from the blow. Along with a fractured skull, Santos suffered swelling of the brain and was kept under doctor’s care in a London hospital. Dr. Rehman explained the severity of the injury, the immediate precautionary measures taken after the bout and the expected recovery.

Santos’ injury is a misfortune of competing in a sport that can produce brutal results, however, Jones’ and Lesnar’s respective misfortunes were the result of their own doing.

Jones tested positive for two estrogen blockers and was removed from UFC 200 three days ahead of his would-be challenge of light heavyweight champion Daniel Cormier. Lesnar competed at UFC 200 against Mark Hunt and won a unanimous decision, but is now facing suspension and possibly having the victory overturned to a no-contest following a USADA violation, which he blames on his asthma medication. Dr. Rehman explained the medication each combatant took, how they affect the body and why they are banned substances and performance enhancing drugs.

Being a nephrologist (kidney medicine), Dr. Rehman explained how weight cutting is quite possibly the most dangerous part of combat sports. Dehydration, organ failure and poor performance are well-known side effects of of weight cutting, but the risk for concussion increases exponentially when weight is shed incorrectly.

Being a resident of Ontario, Canada, and a student at Adrenaline Training Center, Rehman spoke about the benefits of being a ringside physician in the province for the UFC, as well as someone who trains and has competed in combat sports.

The good doctor also shared his thoughts on some of MMA’s battles, both inside and outside the cage. Dr. Rehman spoke about pain killers vs. marijuana, and the effects of alcohol on a pro athlete.