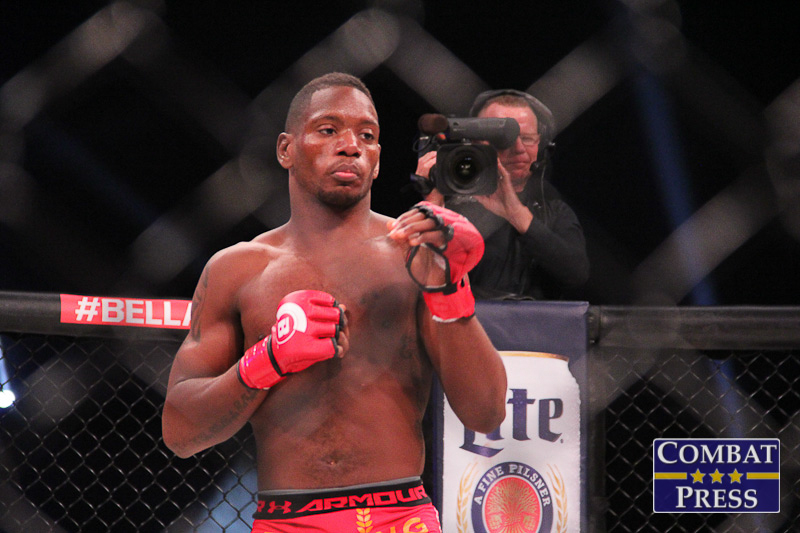 Will Brooks Deserved a Bigger Test in His UFC Debut

When Will Brooks was set free from his Viacom contract and allowed to start negotiating with other organizations last month, it was obvious that the UFC was more than likely going to be the new stomping grounds for the former Bellator lightweight champ. Even while dominating the competition and becoming one of Bellator’s premier fighters, Brooks was never shy about his eventual goals of competing inside the Octagon. Therefore, it came as no surprise that as soon as the opportunity presented itself for Brooks to jump ship and try to work his magic at the highest level, that’s exactly where “Ill” Will ended up.

What is surprising, however, is that Brooks’ signing came with the announcement of his first UFC bout, and it’s one that’s a little underwhelming considering the former Bellator champion’s hype and resume.

Brooks is set to make his Octagon debut on July 8 at The Ultimate Fighter Finale, stepping into the co-headlining spot opposite longtime UFC veteran Ross Pearson after an injury forced the Brit’s original opponent off of the card. This wasn’t a terrible fight to make. Pearson has been successful for long enough that if Brooks were to defeat the former TUF winner, it still holds some merit in the eyes of many fight fans. And with the bout just three weeks away, it’s doubtful that the UFC could have found another fighter as good as Brooks to step in on short notice.

Yet, there’s no denying the promotion could have done something much bigger with the arrival of one of the absolute best fighters the company didn’t have under contract. Everything from Brooks’ opponent to the card he’s fighting on seem like a bit of a missed opportunity.

Pearson is a good fighter. He is inevitably going to wind up being one of the best guys “Ill” Will has fought in his career thus far. However, Pearson’s recent history inside the cage probably doesn’t warrant a fight against a fighter of Brooks’ caliber. Over his last eight bouts, “The Real Deal” has put together a pedestrian 4-4 record inside the Octagon, and his last two victories have both come by split decision. While he’s still a solid fighter and one of the more entertaining members of the UFC’s lightweight division, Pearson hasn’t shown that he’s a top-level fighter for a long time now and is sitting well outside of the UFC rankings at this point in his career. Compare this to Brooks, who’s riding an eight-fight winning streak and currently ranks fifth amongst 155-pound fighters in our own Combat Press rankings at the moment, and Pearson’s resume barely holds up, despite having fought UFC-caliber competition for the last seven years.

That’s not a shot at Pearson, but rather a testament toward how good Brooks has been since starting his current winning streak in the summer of 2013. Most guys coming over to the UFC from Bellator or the World Series of Fighting have proven to have a lot of potential in the cage, but they haven’t had the opportunity to showcase that talent against high-level opposition. That isn’t necessarily the case for Brooks, who’s taken out a handful of guys with impressive resumes and records since he won the Bellator gold.

Brooks’ last four opponents while competing for Bellator had a combined seven losses on their records before running into “Ill” Will. This list of opponents includes former Bellator champion Michael Chandler, who was considered the top lightweight outside the UFC before Brooks took him out in two straight title bouts. While most divisions outside of the UFC are hurting for talent, Bellator’s lightweight class is not, and Brooks was as dominant as any champion the promotion has had. He should have been treated as such for his UFC debut, too. After all, the last Bellator champion signed by the UFC was Brooks’ predecessor to the lightweight crown, Eddie Alvarez, and Alvarez was immediately thrust into the UFC’s lightweight title scene upon his arrival in 2014. Considering how well that worked out — after a brief setback in his debut, Alvarez will fight for the UFC title a day before Brooks makes his first appearance — it’s strange that the UFC didn’t give Brooks the same push upon his arrival.

Between both his opponent and the card he’s set to compete on, you could make the case that the UFC might already be overlooking Brooks to some extent. While he should probably be fighting someone a bit higher on the totem pole, we’ve seen guys with some hype come into the UFC and get — and I hate to say this about someone of Pearson’s caliber — showcase fights in the past. When Hector Lombard was signed from Bellator, he didn’t exactly get a huge-name opponent in Tim Boetsch, but he was given a premier spot on a pay-per-view card and was one of the most talked-about fighters heading into that fight weekend. That’s not going to be the case with Brooks. His debut has been packed into the largest weekend of fights in UFC history.

The UFC is throwing three fight cards in three days the weekend Brooks makes his debut. Between five title fights, the return of Brock Lesnar and a UFC 200 preliminary card that rivals any free card the promotion has put together in recent memory, he’ll be lucky if he ends up being one of the 10 biggest storylines of the weekend. It’s going to be hard for Brooks to make a real impact without doing something spectacular, and that just doesn’t seem to be likely given his style. Brooks is a good and potentially great lightweight, but he’s not flashy. He tends to win with grit and determination more than with style and spectacle. This approach will serve him well inside the Octagon, but not so much when competing for attention with the other 40 fighters that will be stepping up to fight that weekend.

It’s not like the UFC has sabotaged Brooks’ career, but it’s hard not to look at the former Bellator champ’s scheduled debut and feel like the company missed an opportunity to create an instant new contender in the lightweight division. Giving Brooks a more noteworthy opponent or even pushing his debut back another month to UFC 201 would have given him a much better opportunity to turn some heads and get some exposure with UFC crowds that may not be familiar with his past.

In the grand scheme of things this fight is likely just making sure Brooks can take care of business in the Octagon before setting him up for bigger and better opportunities. However, it probably isn’t needed. It would have been much more satisfying to see him take on top-tier competition right out of the gates.