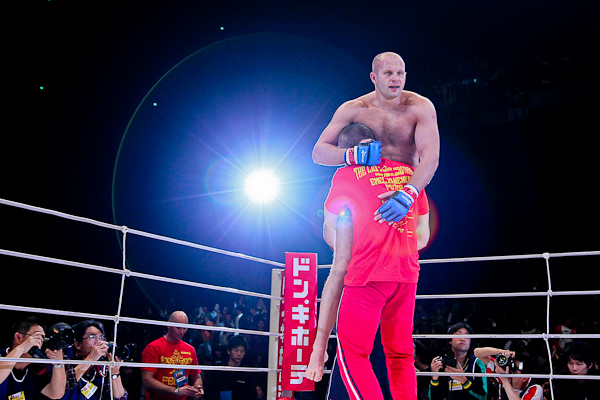 Fedor Emelianenko, the Last Emperor, might have had his last fight.

Emelianenko was granted the decision, but appeared to lose the fight badly and was physically battered en route to the final bell of the three-round contest with the former UFC light heavyweight. Maldonado repeatedly had Emelianenko out on his feet in the first round, and Rizzo and Kelly took a look at why the fight was allowed to continue.

What will come of Emelianenko from here on in? Joe and Jay gave a career path for the MMA hero. They also broke down where Emelianenko belongs on the all-time lists for heavyweights and mixed martial artists, and you might be surprised at some of the observations and the names in the conversation.