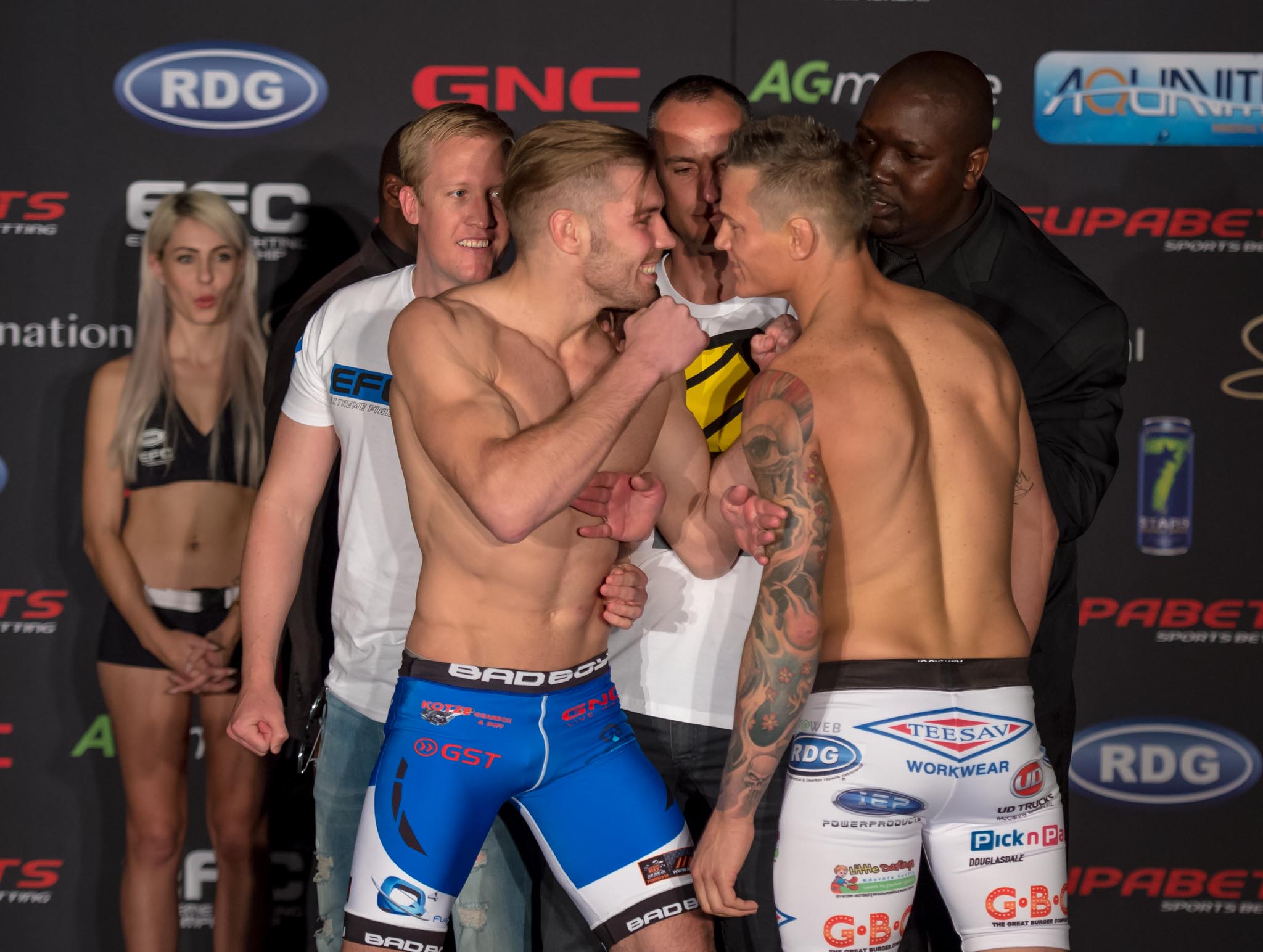 In the night’s main event, the promotion’s vacant welterweight title will be up for grabs between Driscus du Plessis and Martin van Staden.

The 21-year-old du Plessis has sought EFC gold before, coming up short against current UFC middleweight Garreth McLellan at EFC 33. Since then, he’s finished three straight fights to earn a crack at the vacant welterweight strap.

Van Staden, meanwhile, holds a significant experience advantage over his younger foe. With more than 30 professional fights, van Staden has found a knack for finishes. Twenty of his 22 career victories have come before the final bell, including 16 by way of knockout.

Below are the results of the event’s weigh-ins, while video of the action appears above (courtesy of EFC).