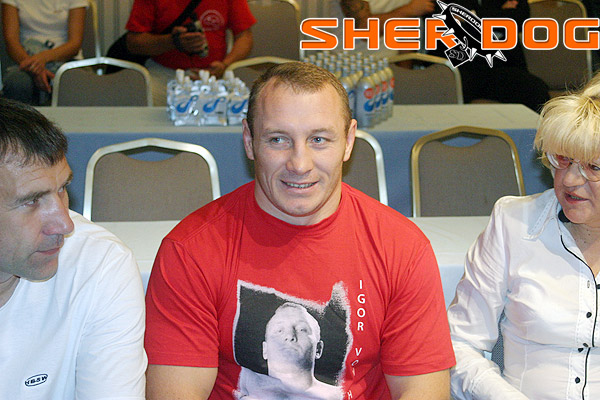 Who Is Missing From the List of the 10 Best Fighters Not to Fight in the UFC?

When putting together all of the possible names for a list of some of the best fighters never to fight in the UFC, which any devoted MMA fan knows to be the premier combat organization in the world, you’d have to look far and wide into some of the best and most well-known combat organizations to ever exist to find them. And, boy, there is a plethora of likely candidates to choose from.

First, some background on why I’m writing this article. Sherdog, known for its coverage of basically every combat sport that exists in the world, recently wrote an article that listed 10 of the top fighters in the world never to fight in the UFC. While it was certainly a well-put-together list, because there were only 10 spots, site did leave out some really great fighters that deserved, at least, an honorable mention.

The first fighter to consider would be Dutch-born striker Ernesto Hoost, a well-known kickboxer and Muay Thai fighter. While Hoost never fought in mixed martial arts, he was a legendary striker with a kickboxing record of 99 wins (including 62 knockouts) and 21 losses and one draw. That means in his 30-plus years of fighting combat, Hoost won more than 80 percent of his fights, while fighting more than 120 times. More notably, Hoost had wins over the likes of Mirko “Cro Cop” Filipovic, Jerome Le Banner (twice), Ray Sefo (three times), Andy Hug (three times), Peter Aerts (four times) and many others. Hoost was definitely regarded as one of the best at his craft, if not the best.

Peter Aerts is another Dutch kickboxer who deserves a mention. He was known, along with Hoost and a cast of others, to be one of the best heavyweight kickboxers of all time. Aerts amassed a record of 105 wins (including 79 knockouts), 34 losses and two draws, even topping his fellow countryman Hoost in terms of wins, knockouts and total fights in his 27-year career. The fact that he fought more than a fighter as great as Hoost, who actually had a longer fight career, is very impressive. Notably, Aerts had victories over the aforementioned Sefo, Remy Bonjasky, Hoost (twice), Gary Goodridge (twice), Rob van Esdonk (three times), the aforementioned Le Banner (three times), Semmy Schilt (three times) and several others. To his credit, Aerts also competed in three MMA fights, winning only one of them via TKO.

The final fighter on this list is a Russian legend by the name of Igor Vovchanchyn, who fought in kickboxing, as well as MMA. What he did in both sports is utterly jaw-dropping. “Ice Cold” had an incredible kickboxing record of 61 wins and a minuscule two losses, with one of those defeats coming at the hands of the aforementioned Hoost. If that wasn’t already impressive enough, Vovchanchyn also fought MMA, a sport he entered in 1995, four years before finishing his reign in kickboxing. In his MMA career, he had 59 wins (including 42 knockouts and nine submissions), 10 losses, one draw and one no-contest. In addition, he was also champion of Mr. Strongman SEKAI in 1996. Therefore, Vovchanchyn has had a storied history of domination in multiple combat sports and competitions. Not only was Vovchanchyn a great striker who could hang with some of the best, but he was also very good on the ground, due to his background in sambo. He could take his opponents down, administer nice ground-and-pound and use effective submission defense, while also submitting his opponents. In his MMA career, Vovchanchyn notched notable wins over Kazushi Sakuraba, Enson Inoue, Valentijn Overeem, Mark Kerr, Gilbert Yvel, the aforementioned Goodridge (twice) and quite a few others. It’s also worth mentioning that still, to this day, The Russian holds the record for the longest unbeaten streak in MMA history at 37 fights without a loss.

In conclusion, while some fans might feel Hoost and Aerts deserve the honor of being on Sherdog’s list, especially with the kinds of fighters they beat during their long careers, that doesn’t make them quite worthy to compete with top MMA fighters in the best organization. It’s fair to say, based on his all-around combat skills, the best fighter that isn’t featured on Sherdog’s list of top 10 best fighters never to fight in the UFC should be Vovchanchyn. Not only did the Russian have an extensive career in both kickboxing and MMA, but he excelled at both sports in incredible fashion, proving himself to be extremely well rounded in several different arts. If Vovchanchyn had entered the UFC at some point in his career, it’s likely he would have had great success and possibly could have become a champion as well.