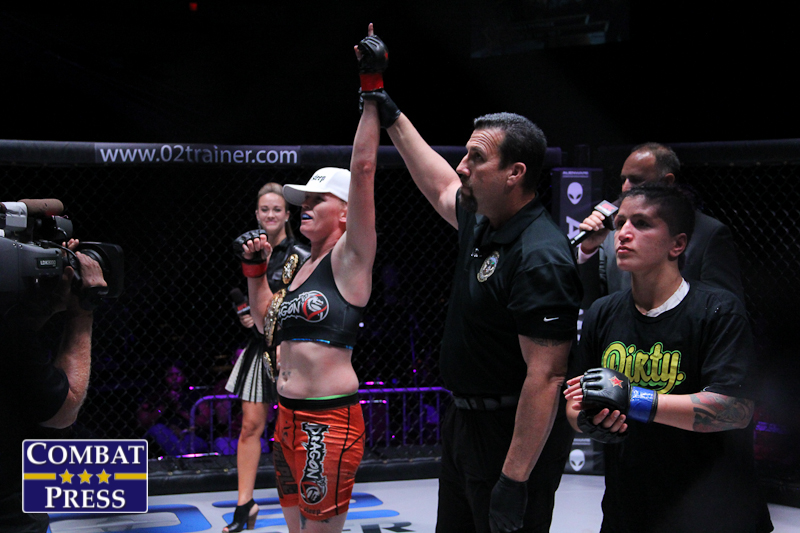 The date and location of Invicta Fighting Championships 17 are now finalized.

Today, the all-women’s promotion announced that it will once again land at The Hangar at the OC Fair & Event Center in Costa Mesa, Calif., on Saturday, May 7.

In the night’s main event, bantamweight champion Tonya Evinger will square off against California’s own Colleen Schneider.

The veteran Evinger will enter her first title defense riding an eight-fight winning streak, including six finishes. The 31-year-old captured 135-pound gold at Invicta FC 13 with a fourth-round TKO of Irene Aldana. In her most recent outing, Evinger stopped Sweden’s Pannie Kianzad at Invicta FC 14 in a non-title affair after Kianzad failed to make weight.

Schneider will step into her title challenge having won four straight of her own. After stumbling against the aforementioned Aldana in her promotional debut, she rebounded at Invicta FC 15 in January. Her decision win over Raquel Pa’aluhi helped her secure her place as the No. 1 contender for Evinger’s belt.

Additional bouts for the event will be announced in the coming weeks.