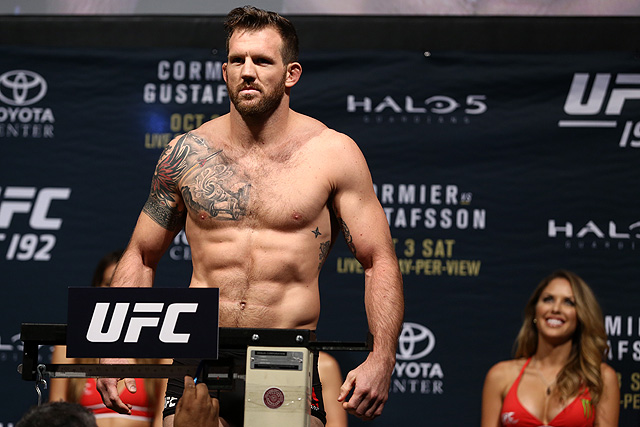 UFC on Fox 18: Johnson vs. Bader Weigh-in Video and Results

On Friday, Jan. 29, the UFC will host the weigh-ins for UFC on Fox 18: Johnson vs. Bader which takes place Saturday, Jan. 30, from the Prudential Center in Newark, N.J.

In the night’s main event, former title challenger Anthony “Rumble” Johnson takes on The Ultimate Fighter season eight winner Ryan Bader in a light heavyweight duel. Johnson rebounded from a title defeat to current champion Daniel Cormier by knocking out Englishman Jimi Manuwa at UFC 191 in September. Prior to the Cormier loss, Rumble had reeled off nine straight wins. Bader, meanwhile, has moved into title talk with five straight wins. In his most recent outing, Bader topped former titleholder Rashad Evans by unanimous decision at UFC 192.