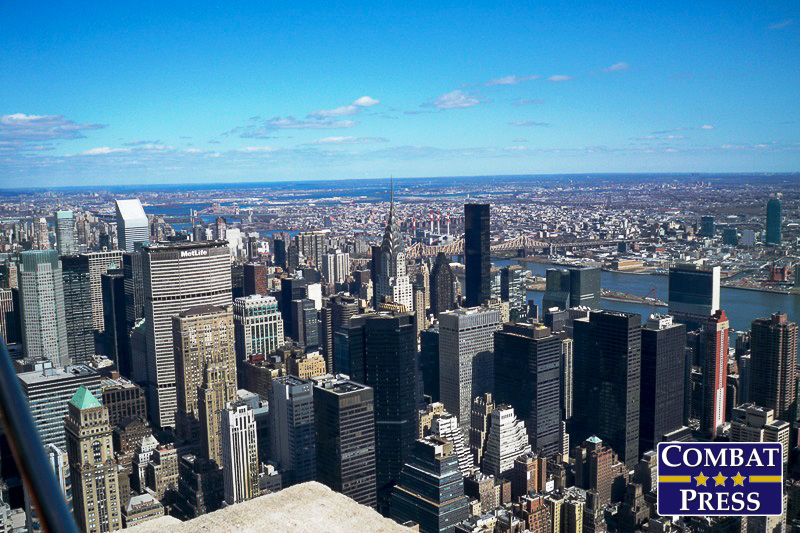 The plight of mixed martial arts in the state of New York has been a long and arduous one. For the last seven years, the New York State Senate has been propositioned with the legalization of MMA. In each of those years, the bill has failed to make it the floor, preferring to save votes for important matters such as a “National Chicken Wing Day.”

It is no secret that former Speaker of the New York State Assembly Sheldon Silver was an underlying reason for the lack of traction in the legalization of MMA in New York. Silver publicly stood in opposition to the cause. In December, however, Silver was found guilty on seven federal charges of corruption and found himself facing 20 years in jail. With Silver’s subsequent removal from office, the UFC braced itself with the opportunity to overturn the 1997 state law that banned MMA events. Carl Heastie, Silver’s replacement and a known supporter of MMA, was welcomed with open arms, but he too failed to bring the bill forward for voting, leaving everyone wondering if MMA would ever see the light of day in the state of New York.

Cue Andrew Cuomo. The New York governor recently turned everything on its head when he included the legislation in his Executive Budget for 2016-17. The proposal reads as follows:

“New York is the only state in the nation that does not allow professional Mixed Martial Arts (MMA) contests. Thousands of New Yorkers attend dozens of unregulated amateur MMA events in New York each year and unlicensed promoters organize and promote amateur MMA contests in all corners of New York State. The Governor seeks to authorize both amateur and professional MMA and will ensure that contests happen under either the supervision of the New York State Athletic Commission or an alternative authorized sanctioning entity. It will place firm controls on MMA, its participants and promoters that ensure the protection of fighters and fans.”

“What this means is that it doesn’t have to be put up separately for a vote by the speaker,” Amy Dardashtian, legal correspondent for Inside MMA, told Combat Press journalist Emma Challands on The MMA Side Dish Podcast. “If the governor’s budget passes, all the legislation contained within the budget passes with it. But of course the governor’s budget’s going to be reviewed and there might be changes to that, so hopefully the legislation will stay as part of his budget. His budget will definitely get voted on, so we don’t have to worry about somebody not putting that to the floor, and then it will pass and the legislation will pass along with it.”

This is big news for the world of MMA, but there’s only one slight hiccup in the UFC’s grand plan for an event in April at Madison Square Garden. Despite having a hold on the venue, in the hopes that the ban will get lifted, it may be a case of bad timing.

“[The budget approval]’s supposed to happen in March, and people are telling me that the budget wouldn’t be passed until the end of March. Meanwhile, the UFC put a hold on Madison Square Garden for the end of April. But if the legislation is passed, that means that all of a sudden MMA becomes regulated by the New York State Athletic Commission. Well, they’re not going to allow an event to take place just a couple of weeks later,” said Dardashtian. “The New York State Athletic Commission is going to need a couple of months to get everything in order and start going through all the criteria. People are going to have to start passing medical clearances, and in New York there’s just a whole lot of red tape that has to go on.”

Initially, the UFC had planned to run the event under the umbrella of the World Kickboxing Association, which is currently legally able to hold events. If the bill gets passed, however, the UFC will no longer be able to do this, because the NYSAC will become the sanctioning body.

“It’s complex, but the bottom line is that we may have to wait an extra couple of months unless the UFC can work something out where they get everything in really fast,” said Dardashtian. “But I think it’s going to be more in the hands of the NYSAC having to get their act together. I know somebody else put a competing hold on Madison Square Garden for the same day, and I know there’s also rumors that if the event is held in April it would be a Jon Jones fight that would be headlining. So, I know people would love to see that and it would obviously be a huge event to be the first one in New York.”

While Madison Square Garden will be a major boon for the UFC’s first New York event, there is no doubt that the company president Dana White and owners the Fertitta brothers are looking well past that to the burgeoning opportunity that upstate New York represents. Locations like Albany are close to the border of Canada, a country that has no shortage of MMA-starved fans ready and willing to travel for UFC events. Should this come to fruition in the near future, it will be just another feather in the cap — and millions more in the bank — for the premier MMA promotion.