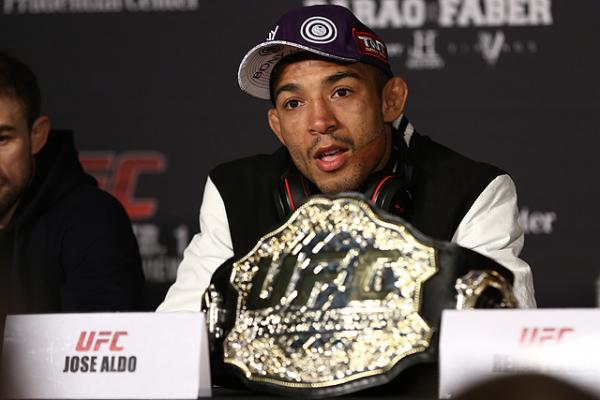 The elephant in the room of every fight is how much hatred serves to adequately promote a fight but won’t lead to a stalemate where neither fighter wants so badly not to be embarrassed by the other that they don’t engage. We’ve had hatred before in MMA. Tito Ortiz and Ken Shamrock. Matt Hughes and Frank Trigg. Brock Lesnar and Frank Mir. Ronda Rousey and Miesha Tate. Quinton “Rampage” Jackson and Rashad Evans. Chael Sonnen and Anderson Silva. Jon Jones and Daniel Cormier. All of those fighters did not like their opponent and made no secret of this fact. However, in almost all of these contests, the winning fighter was the one who you could least imagine walking the earth while dealing with having lost to the other. They were all also pretty good fights, except Rampage and Evans.

Now, back to Leonard and Duran. In their first fight, Duran won a decision because Leonard didn’t really fight “his” fight. In the second contest, Leonard decided that not only was he going to give this guy the business, but that he was going to let him know about it. It wasn’t that Duran wasn’t better on that night, he can take getting his ass-whipped. The problem for Duran, this self-believed symbol of machismo, on that night was that he was getting embarrassed. Beat him, sure. But don’t embarrass him while you are doing it. That is what broke Duran. He couldn’t do anything to Leonard and Leonard rubbed his face in it.

This brings us to Conor McGregor and José Aldo. Two more different men have never existed. Aldo is a man of action. McGregor is a man of words. While McGregor’s actions in the cage have been impressive, they have yet to exceed his words. Aldo is someone who is going to say little and do a lot. The Brazilian is not looking to embarrass people. He just wants to win and retire to the company of those he trusts. He’s an extrovert in private and an introvert in public. Can McGregor put Aldo in a space, publicly, that is so out of his comfort zone that he wants… no mas? If McGregor lands early and starts talking to him, does the long-standing Brazilian featherweight kingpin have what it takes mentally to hang in there? Can he take what the Irishman can dish, both physically and verbally?

That’s the rub for Aldo. For as much as he hates McGregor, he needs the interim champion. He needs McGregor much more than the Irishman needs him. McGregor is box office. It’s that mouth. The mouth is the one thing missing from Aldo’s game that equals real, generational money for him and his family. There aren’t many men at 145 pounds that can hang with Aldo, but most fans don’t know how great he is because he doesn’t tell them. That’s the name of the game.

So it’s McGregor’s mouth that will fill Aldo’s bank. But how much has McGregor’s mouth filled Aldo’s head? What happens when adversity strikes and that voice that Aldo has despised for over a year starts chirping at him and telling him that this is how it was always going to go.

You’re not as quick as you once were, José.

Those leg kicks won’t save you. I’m ready for them, José.

I’m quicker and stronger and bigger than you thought, José.

When all that starts coming Aldo’s way, the Brazilian has two choices. He can either bite down on his mouthpiece, find an opening and shut that mouth with right and left hands. Or he can say to either McGregor or to himself, “No mas.”