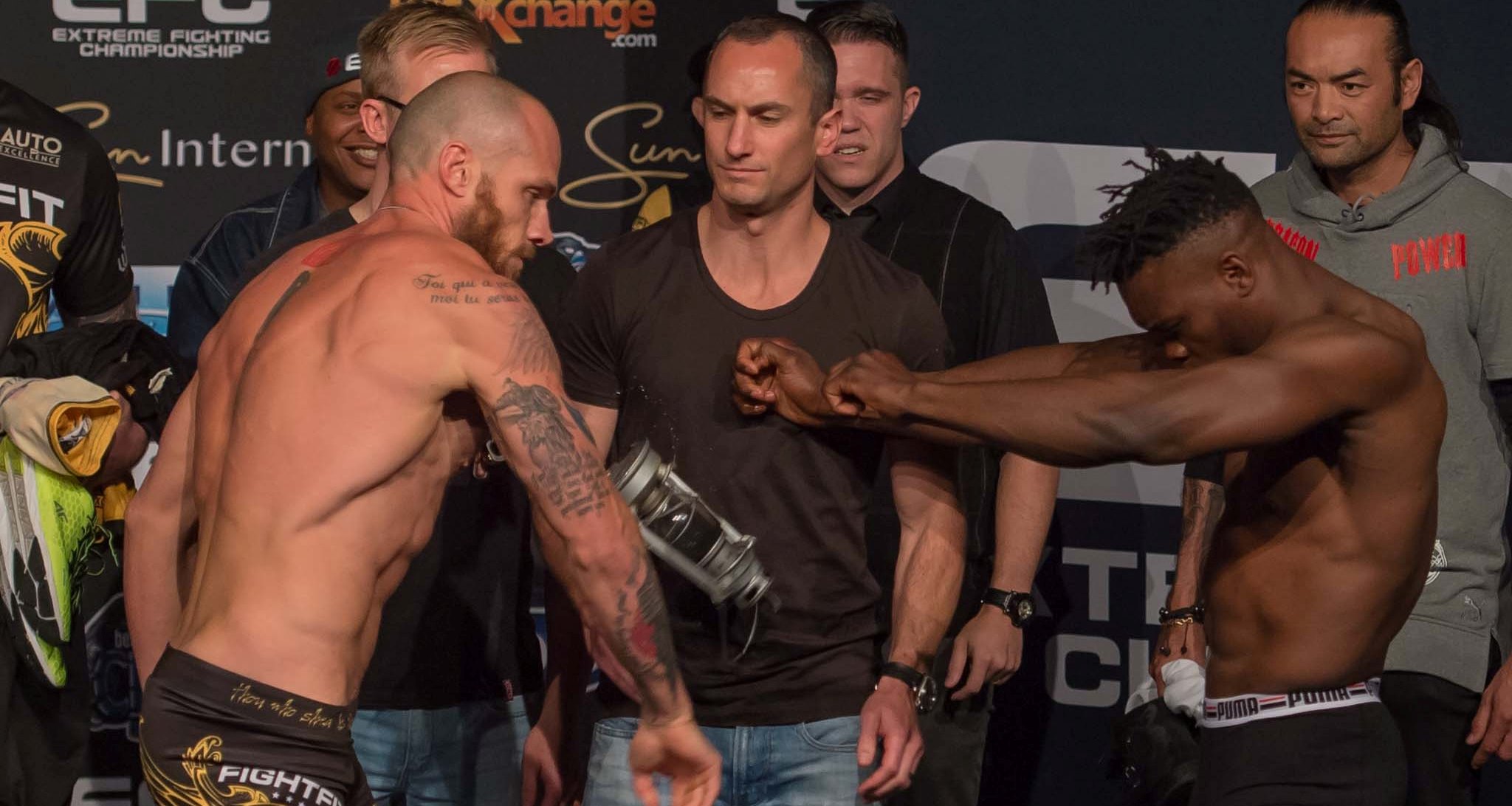 The event will be headlined by a light heavyweight title fight between champion Norman Wessels and challenger “Champion” Dalcha Lungiambula. Fight Fit Militia’s Wessels is a two-time titleholder with the promotion, having competed for the promotion since its inaugural event. In nine career fights, he’s never gone the distance. He earned the 205-pound strap with a fourth-round TKO of Gideon Drotschie at EFC 35. Dalcha has yet to taste defeat through four appearances in the EFC. The 30-year-old will look to keep his undefeated record intact and secure gold with a win over Wessels.

EFC 42 kicks off Saturday with the preliminary card at 16:15 CAT.

Above is footage of the weigh-ins (courtesy of EFC Worldwide), while the results appear below.