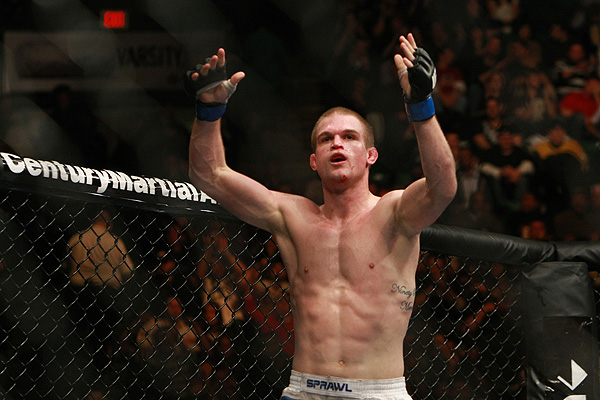 On Saturday, July 18, the UFC hosted UFC Fight Night 72: Bisping vs. Leites from the SSE Hydro in Glasgow, Scotland.

In the night’s main event, English middleweight Michael Bisping clashed with former title challenger Thales Leites. The 36-year-old Bisping had alternated wins and losses since 2011, most recently edging C.B. Dolloway by decision at UFC 186. The Brazilian Leites entered the bout having reeled off eight straight wins, including five straight since returning to the promotion. His last three wins had all come before the final bell.

The co-main event featured a lightweight clash between The Ultimate Fighter season 9 winner Ross Pearson and veteran Evan Dunham. The Brit Pearson got back in the win column in March with a second-round knockout of Sam Stout at UFC 185. Dunham snapped a three-fight skid of his own in January with a decision win over Rodrigo Damm at UFC 182.

Above is are video highlights of the co-main event between Dunham and Pearson (courtesy of the UFC).