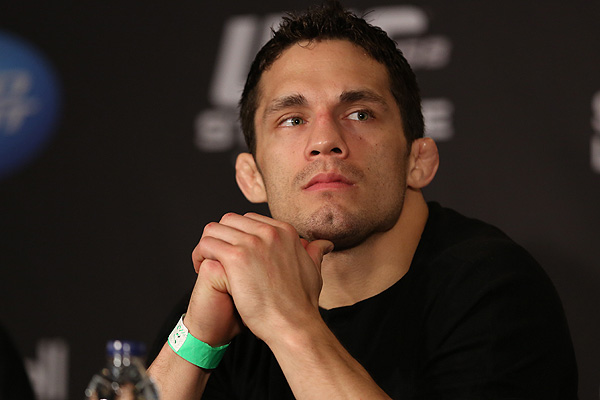 On Sunday, July 12, the UFC will host The Ultimate Fighter 21 Finale from the MGM Grand Garden Arena in Las Vegas.

In the night’s main event, welterweights Jake Ellenberger and Stephen Thompson will lock horns. The 30-year-old Ellenberger snapped a three-fight skid in February by submitting former title challenger Josh Koscheck at UFC 184. The karate stylist Thompson, meanwhile, steps into the Octagon riding a four-fight winning streak. The South Carolina fighter was most recently in action at UFC 178, where he edged Canadian Patrick Cote on the scorecards.

The co-main event will feature the conclusion of the 21st season of The Ultimate Fighter. However, unlike seasons past, this edition featured a gym-versus-gym setup that pitted American Top Team against the Blackzilians. After a back-and-forth season, a champion will be crowned in Las Vegas when Hayder Hassan takes on Kamaru Usman.

Above is live video of the event’s post-fight press conference which kicks off approximately 30 minutes after the main event between Ellenberger and Thompson comes to a close (courtesy of the UFC).