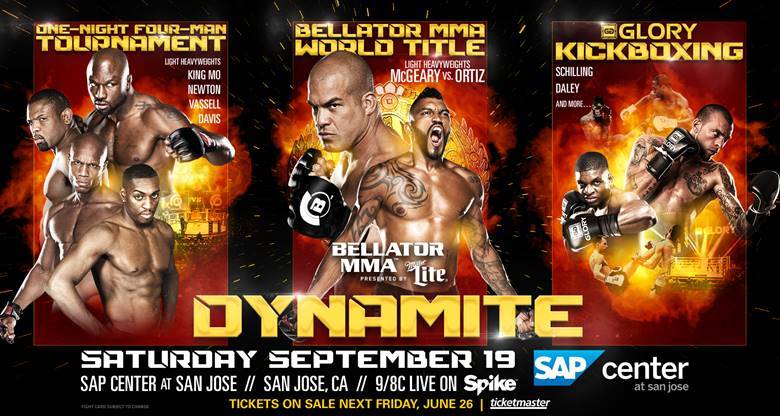 If you thought Bellator MMA President Scott Coker couldn’t pull off anything bigger than long-awaited match-up between Kevin “Kimbo Slice” Ferguson and Ken Shamrock, you haven’t seen anything yet.

Today, Coker revealed his latest plans for the promotion, announcing a hybrid MMA and kickboxing event to be co-promoted with GLORY, dubbed Dynamite. The card will take place on Saturday, Sept. 19 in San Jose, Calif.

Also on the card will be a one-night, four-man No. 1 contender tournament to determine who will face the McGeary-Ortiz winner. The participants include former UFC combatant Phil Davis, former Strikeforce champion Muhammed “King Mo” Lawal, the aforementioned Newton and former title challenger Linton Vassell. The opening-round fights will feature two, five-minute rounds and a special, fourth judge in the event of a draw. The tournament final will be a standard, three-round affair.

But that’s not all.

Joining the MMA action will be multiple bouts in the GLORY kickboxing ring. Yes, ring. The venue will be configured for both a ring and cage. Confirmed for the card are veterans Paul Daley and Joe Schilling, with opponents and additional contests to be announced in the coming months.

Bellator 141 will take place from the SAP Center in San Jose and air live on Spike TV. 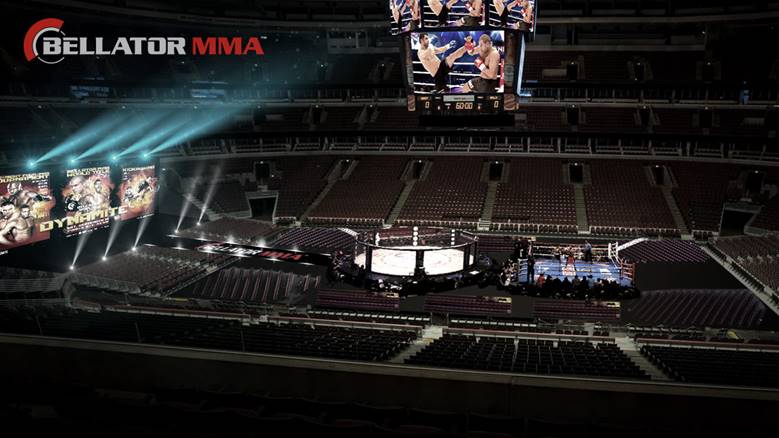