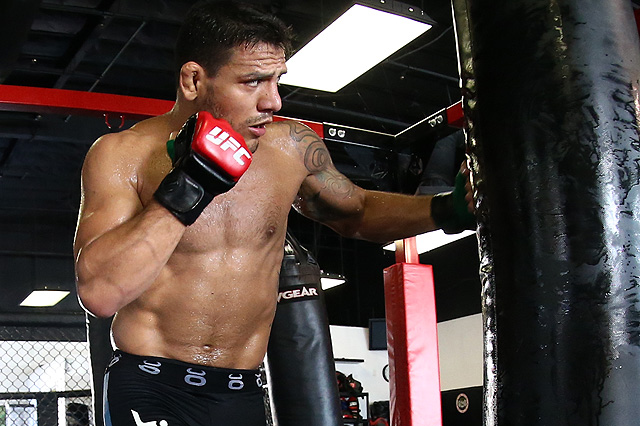 It took 17 Octagon appearances for Rafael dos Anjos to earn his shot at the UFC lightweight championship.

As he has done most of his career, dos Anjos entered the bout as the underdog. The title wasn’t supposed to change hands on March 14 at UFC 185 in Dallas. Anthony Pettis, in the eyes of many, was set to hold the title for a while. However, in what would be a five-round clinic, dos Anjos shocked the world. Dos Anjos dominated the champion, extending his winning streak to four and walking away as the first Brazilian to hold the UFC lightweight title.

It had been a long time coming. The UFC career of dos Anjos started in 2008. It began with back-to-back losses, and, realistically, dos Anjos was lucky to keep his job. He has had to overcome adversity for much of his life. The 30-year-old didn’t come from much, and his mixed martial arts career didn’t exactly go according to plan either.

In 2009, dos Anjos truly began developing as a fighter. He started to branch out with his training and went over to Singapore, where he became a part of the Evolve Fight Team at Evolve MMA. He attributes his winning the UFC lightweight title to both Kings MMA and Evolve MMA, and a big part of who he is today comes from his experiences in Singapore.

Above is a short documentary, courtesy of Evolve MMA, that highlights the hardships dos Anjos has gone through over the course of his mixed martial arts career.