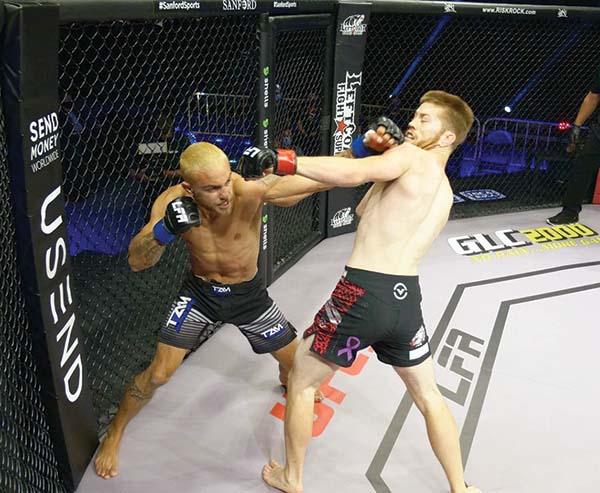 The show, which continues on its home on ESPN+, aims to give top prospects a chance to impress the UFC brass in an attempt to earn a contract with the company. The show’s second episode of the season takes place on Sept. 13 and streams live on ESPN+ starting at 8 p.m. ET.

This episode has a pretty decent talent pool, but of the bunch, Ikram Aliskerov looks to be the best. Currently on a four-fight winning streak since losing to UFC star Khamzat Chimaev, Aliskerov has rattled off wins over UFC fighter Denis Tiuliulin via kimura and UFC vet Nah-Shon Burrell by decision. The Eagle FC and Brave CF veteran is your prototypical Russian fighter, possessing nasty submission grappling, physical strength and powerful hands. He takes on Contender Series vet Mario Sousa here, so Aliskerov gets a test to get into the UFC that he should pass.

If you are looking for a throwdown on this episode, look no further than Trevor Peek vs. Malik Lewis. Lewis is a wild finisher with heavy hands and a solid top game on the ground. Peek is similar in that he likes to get aggressive with his striking from the get-go and is very heavy handed in his own right. I don’t think either man will take a step back in this fight which will have Dana White and the matchmakers on their feet.

Peek will be a one half of the combatants in the best fight of the episode, but he’s also the dark horse on the episode. The power striker and has won most of his fights by first round knockout. This includes his most recent fight against UFC veteran Khama Worthy, who he smashed in under five minutes to score the Aries Fight Series Championship. There were questions whether he’d be able to take part in the Contender Series due to his past legal problems (probation) potentially not allowing him to travel, but ultimately, it looks like he’s good to go.

Despite being 12-0, Daniel Marcos appears to be the longshot on this episode. The Peruvian fighter’s career has been spent in the Peruvian regional scene, which is not known for having the highest quality of fighters. Combine that with the fact that Santos has not fought since December of 2019, and there are major question marks about where he’s at talent wise at this point. He also takes on the tough and talented Brandon Lewis, who gave Mo Miller all he could handle on last year’s Contender Series.

This will be another signing heavy episode. The first signed will be Basharat, as his brother is already a UFC roster member, he was supposed to fight earlier this season (but did not since opponents weighed in ten pounds heavy) and will put on an exciting show.

Peek gets in due to his exciting fight and potentially violent finish. The same can be said about Aliskerov.

Lastly, Brasil gets the nod with her victory, as she reps a division in need of depth and she appears to be UFC ready.