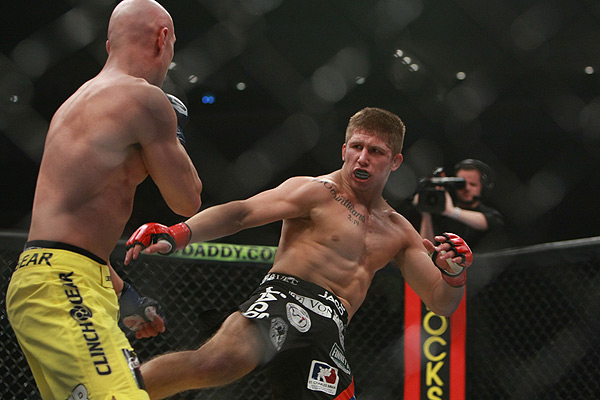 The fight card for Resurrection Fighting Alliance’s 25th event has been finalized.

The promotion will head to the Sanford Pentagon in Sioux Falls, S.D., on Friday, April 10. The night’s main card will air live on AXS TV.

In the night’s main event, the promotion’s featherweight kingpin, Justin Lawrence, locks horns with unbeaten Sam Toomer. A veteran of both the UFC and Strikeforce, Lawrence has scored back-to-back wins over Luis Saldana and Mark Dickman under the RFA banner. The 24-year-old has extended his record to 6-2 in the process. Toomer, meanwhile, carries and unblemished record of 9-0. The Californian also has earned two straight wins in the RFA cage, besting both Daniel Aguiar and Altair Alencar.

The co-main event also features RFA gold on the line as middleweight Gabriel Checco squares off with Francisco “Kiko” France. Checco bounced back from the first and only loss of his career with a 74-second demolition of Joseph Henle in February. The Strikeforce and WSOF veteran France has scored back-to-back, first-round submission wins in the RFA cage.