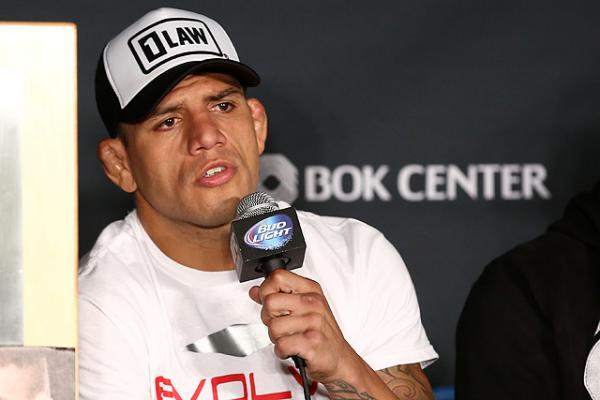 On Saturday, March 14, the UFC hosted UFC 185: Pettis vs. Dos Anjos from the American Airlines Center in Dallas.

In the night’s main event, lightweight champion Anthony Pettis looked to make the second defense of his 155-pound title as he took on Brazilian Rafael dos Anjos. Pettis rode a five-fight winning streak, including back-to-back submission finishes of Benson Henderson and Gilbert Melendez. Dos Anjos, meanwhile, stepped into the title affair having won eight of his last nine fights inside the Octagon. He demolished the aforementioned Henderson in August and bested former title challenger Nate Diaz in December.

The co-main event of the evening also featured UFC gold on the line as women’s strawweight champion Carla Esparza put her belt on the line for the first time as she took on undefeated Polish challenger Joanna Jędrzejczyk. Esparza earned the 115-pound crown by winning TUF 20 and submitting Rose Namajunas in December. Jędrzejczyk upset Brazilian Claudia Gadelha on the scorecards the very next night to earn her title shot.

Above is live video of the event’s post-fight press conference which kicks off approximately 30 minutes after the main event between Pettis and dos Anjos comes to a close (courtesy of the UFC).