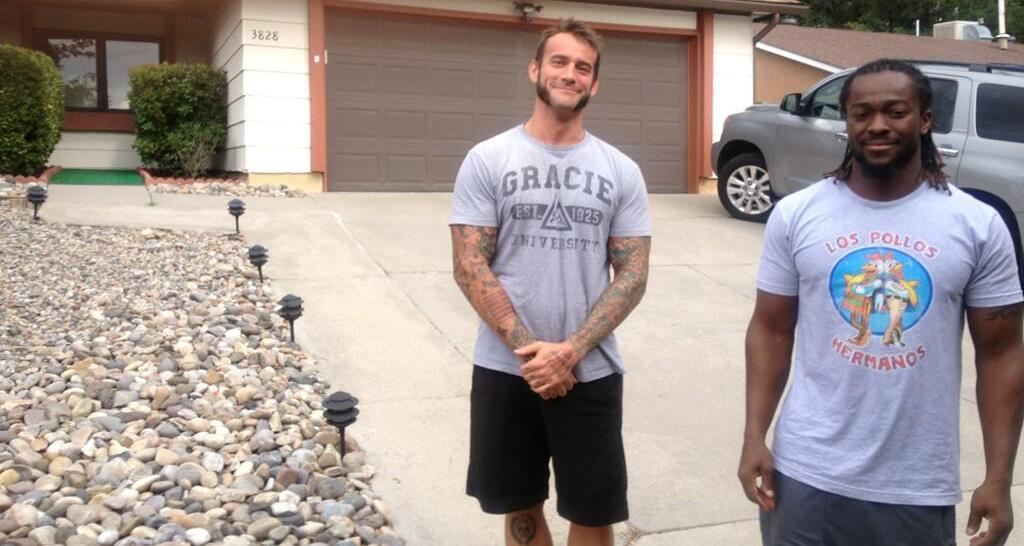 “CM Punk” is headed to the Octagon.

During the UFC 181 pay-per-view broadcast, the promotion announced that it has signed Phil “CM Punk” Brooks to its roster.

The 36-year-old Chicago native has no professional mixed martial arts experience. However, he has trained in kenpo and Brazilian Jiu-Jitsu. During his interview with Joe Rogan, Brooks stated his intentions of competing in the middleweight division, pending a trial weight cut.

Brooks spent more than 15 years as a professional wrestler, competing in Ring of Honor, ECW and WWE over his lengthy career. He held the WWE championship from 2011 until 2013. He recently announced his departure from the organization and his retirement from pro wrestling.

This is not the first time that the UFC has signed for a former WWE superstar. The promotion signed Brock Lesnar in 2008. Lesnar would go on to capture the UFC heavyweight title in just his fourth professional fight. Unlike Brooks though, Lesnar was a collegiate national champion wrestler prior to his professional wrestling career.

Additionally, this isn’t the first time that the promotion has signed a fighter with no professional MMA experience. The promotion signed boxer James Toney to fight former title holder Randy Couture at UFC 118 in 2010. There have also been numerous competitors on the promotion’s reality series, The Ultimate Fighter, that have entered the show with no experience. Most notably, heavyweight Matt Mitrione, who has now amassed an 8-3 record inside the Octagon.

The debut of Brooks is expected to take place in 2015, but no opponent or location have been determined at this time.