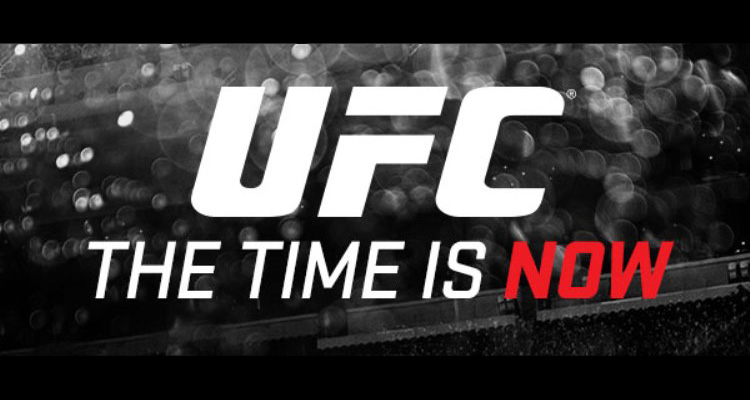 On Monday, Nov. 17, the UFC will host a press conference in Las Vegas dubbed The Time is Now.

The event will include the promotion revealing its 2015 event calendar, as well as a “very special announcement.”

The Time is Now will mark the first time in promotional history that the UFC will announce its entire schedule. The promotion has already revealed a handful of events for early 2015, including three pay-per-view cards.

Among the fighters appearing at the event will be light heavyweight champion Jon Jones and No. 1 contender Daniel Cormier, who headline UFC 182 on Jan. 3 in Las Vegas, former middleweight champion Anderson Silva and former welterweight title challenger Nick Diaz, who are featured in the main event of UFC 183 on Jan. 31, also in Las Vegas, as well as middleweight champion Chris Weidman and women’s bantamweight champion Ronda Rousey, who take on Vitor Belfort and Cat Zingano, respectively, at UFC 184 on Feb. 28 in Los Angeles. Other notables include former champion Lyoto Machida, former title challenger Alexander Gustafsson and surging featherweight contender Conor McGregor.

The press conference takes place at The Smith Center for the Performing Arts beginning at 5 p.m. ET. The event is free and open to the public. Video of the activities will appear above (courtesy of the UFC). 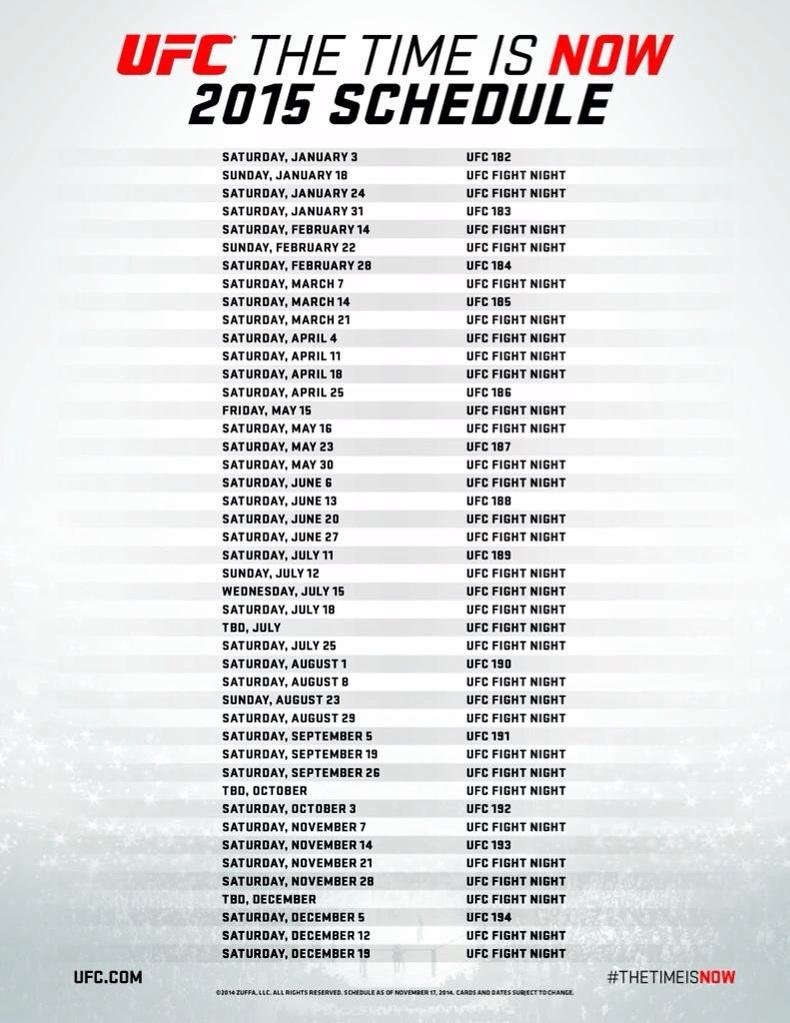