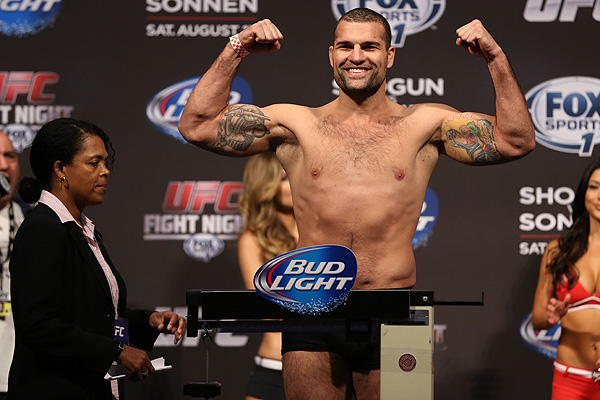 In the main event of the evening, former UFC light heavyweight champion Mauricio “Shogun” Rua takes on Strikeforce veteran Ovince Saint Preux. Shogun was originally slated to face Jimi Manuwa, but a foot injury to the British fighter forced “OSP” into main event duty. The 32-year-old Rua has been out of action since March when he engaged in a firefight with Dan Henderson. The Brazilian came out on the wrong end of a third-round TKO and will be looking to get back in the win column. Saint Preux, meanwhile, will also be looking to rebound from a loss. The former Tennessee football player lost for the first time in the Octagon in August, losing a five-round decision to Ryan Bader.

The co-main event features a flyweight duel between Ian McCall and Brazil’s John Lineker. McCall has scored back-to-back wins over Brad Pickett and Iliarde Santos following losses to Joseph Benavidez and champion Demetrious Johnson. Lineker has won five of his last six Octagon appearances, including four by way of knockout.

* – Lineker weighed in at 126.7 pounds on his first attempt and was given an hour to make weight