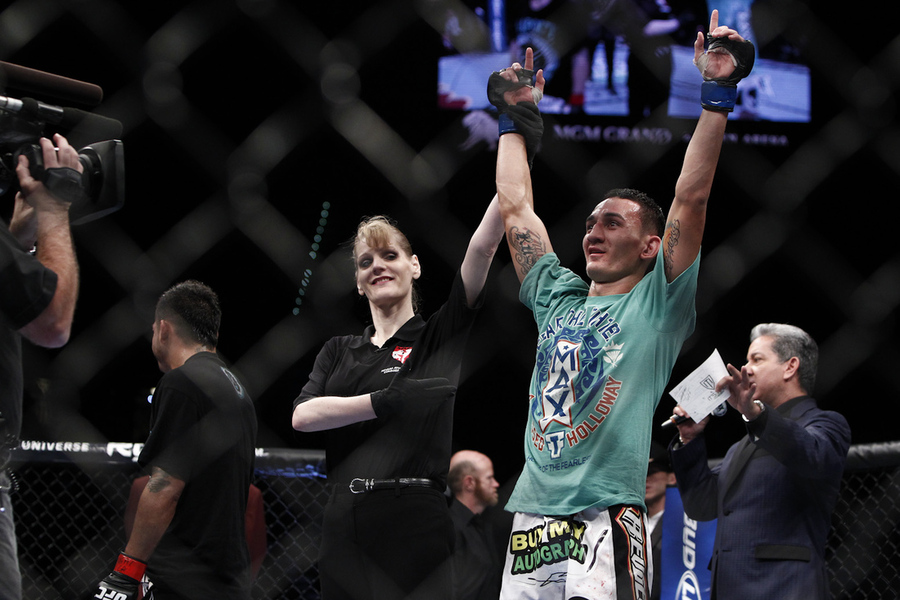 Three bouts have been revealed for the UFC’s February trip to Denver, which takes place Saturday, Feb. 14 in at the 1STBANK Center in nearby Broomfield, Colo.

The three fights that are verbally agreed upon so far are a featherweight contest between Max Holloway and Cole Miller and two flyweight contests, as Zach Markovsky takes on Tim Elliott and Ray Borg meets Chris Kelades.

Holloway, who has a four-fight winning streak, will be looking to add another finish to his resume. In his current streak, the Hawaiian has three wins via knockout and one by submission. In his last outing, Holloway finished TUF 14 alumni Akira Corassani at UFC Fight Night 53 in October. Holloway is 4-1 in his last five contests in the UFC, with the lone loss coming against Conor McGregor in August of 2013.

His opponent, Miller, will be looking to get back into the Octagon for the first time since tearing ligaments in his thumb in July. Miller’s last contest under the UFC banner came in January of this year when he took on Sam Sicilia at UFC Fight Night 35. Miller was able to pull off the submission win with a rear-naked choke. Miller will be coming into the fight with a two-fight winning streak and having gone 3-2 in his last five fights.

UFC Fight Night: Denver will air live on Fox Sports 1. More bouts for the card, including the night’s headliner, are expected to be announced in the coming weeks.