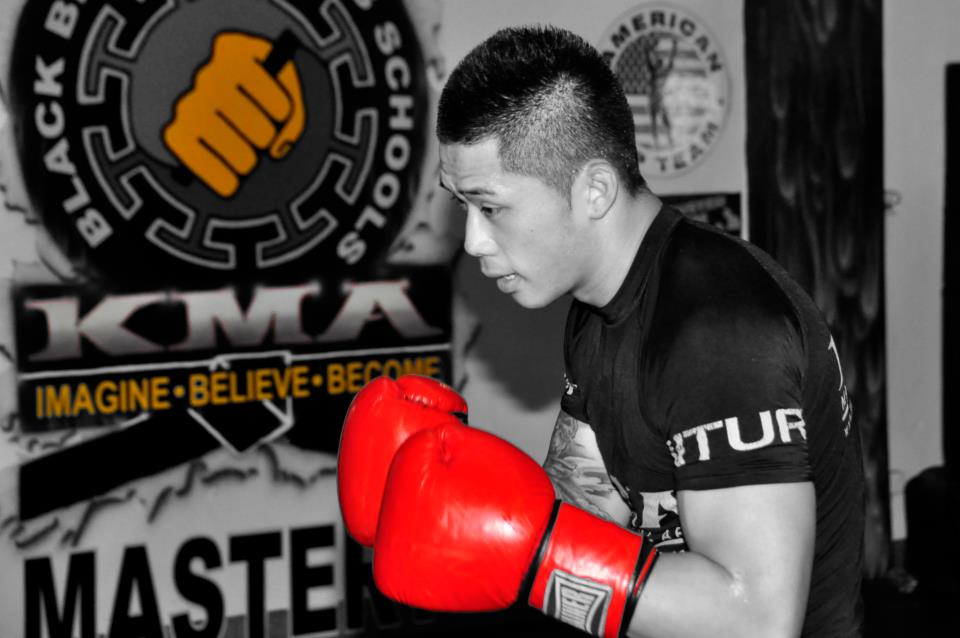 Scars are memories. If a person has any notables scars, they will often be able to recite exactly what happened to cause the permanent disfigurement of their body. Some scars are minor but still tell a story. Others scars are more noticeable, and their stories leap off the body. Those are the stories that people want to hear.

Martin Nguyen bears a scar on his right pectoral, and the story is one he tells knowing all too well that it was that scar that caused him to sit on the sidelines for almost a year.

Nguyen was poised to make his ONE FC debut in Singapore at ONE FC 16: Honor and Glory against Brazilian Jiu-Jitsu ace Bruno Pucci, but he didn’t. The scar tells the story of why he was forced out of that bout.

“It’s time to turn this bad-luck year around,” Nguyen declared to Combat Press. “About three weeks before the fight, I was getting prepped up and my scar had split back open, so I had it stitched up and I wasn’t training for a week. Then, finally, when coming back to training, it started swelling up—the one side of my chest—and it was like I had an actual D-cup boob on one side of my chest and an A-cup on the other [laughs]. So, I was thinking, before my pad session I might leave work early and go to the hospital to see what’s up. It didn’t look normal at all. So I went to the hospital and the doctor said that they were going to have to operate the next morning.

“After the operation, a couple of hours later, I woke up with a massive hole in my chest with all this gauze hanging out of it, and I was like, ‘It’s not covered up?’ and the nurse was saying they couldn’t cover it up [because] the skin was too tight there on my chest. So they had to let it grow from the bottom up and said it was going to take a minimum of a month and a half to two months to recover, and that put me out completely.”

It was a long road from there, and the long layoff took its toll on the 25-year-old. When the offer came to fight Rocky Batolbatol on Nov. 7 on short notice at ONE FC 22, Nguyen’s answer was no surprise.

“I thought it was the end of the world. I was really excited [to fight Pucci] and I was just thinking, ‘Why does this have to happen to me?’ I just wanted to get back into training. Every time I’d go into training, I’d watch the boys train. And it motivated me more and I couldn’t do nothin’ to help them. They had fight prep that I couldn’t take part of as well. I just felt bad and I was down,” Nguyen revealed. “My wife and family were there for me helping me get back up, and so was Fari [Salievski] and my coaches and the staff. Everyone was trying to pump me back up and I just wasn’t in it, you know?

“I was down all year, and finally after watching the BRACE fights happen and with [Jamie] Mullarkey calling me out again, that just motivated me and told me that I needed to be back in the gym. I needed to put my head straight and get myself back into it. I was letting myself go—I got up to about 76 kilos. Two and a half months of training, I got back down to fight weight and that’s when I kept saying to put me in. I just wanted to get one out before the end of the year. I was petitioning for the December show. I was talking to Matt Hume [and] I was talking to Victor [Cui], and they were saying they were working on it. And it wasn’t happening, and then they said they had an opening and I said, ‘Beautiful!’ They said that Bruno got injured and whether I could fill in, and I wasn’t gonna say no, so I said, ‘Without a doubt, I’ll take it.’ Without even knowing my opponent, I just wanted to go into that fight purely on instinct.”

After being out of action for almost a year, the former BRACE featherweight champion is finally getting his opportunity to fight on the ONE FC stage. Nguyen has been waiting for this moment ever since he was awarded a contract with the Asian promotion. All Nguyen has to do now is get inside the cage and make a memorable first impression.

“I’m overwhelmed. I can’t wait, man,” Nguyen confessed. “This year’s just been bad luck, and it’s time to turn that around. One thing happened after another and another, and it took my morale down. But one day, I just woke up and said, ‘Man, I’ve just gotta step it up,’ and I’ve been petitioning all year saying, ‘Put me on a show. Put me on a show.’ And one morning after my daughter’s birthday, I just got the email asking if I could fill in for an injury, and I was like, ‘Man, I’ll take it.’ I’m excited.

“Prior to accepting the fight, I’ve been helping the other boys train for BRACE titles and all the upcoming fights and I’ve been keeping fit. In terms of studying the guy, I’m not worried at all. I’m going into the fight blind and believing in my skills to win the fight.”

His Nov. 7 bout will be the first time that Nguyen has fought outside of Australia. Adding to the pressure of his first contest on foreign soil is the fact that Nguyen and Batolbatol sport undefeated records. The trip to a new country can be an overwhelming experience, but Nguyen is prepared to make the most of it.

“If anything, it’s a bit more nerve-racking,” Nguyen admitted. “There’s a bit more pressure on me gym-wise—a lot of people look up to me. Mental-wise, I’m all there and I’m just ready to bang, man. I just wanna get this one over and done with, get my hand raised and look forward to the next one.

“All of my opponents—and I mean every single one of my opponents that I’ve ever fought throughout the seven fights that I’ve had—they were all undefeated at a stage. And then they versed me, and now they’ve all got a one against their name now. I’m just gonna treat this fight like any other fight. I’m going in there to get my hand raised, and there’s no doubt about that.”