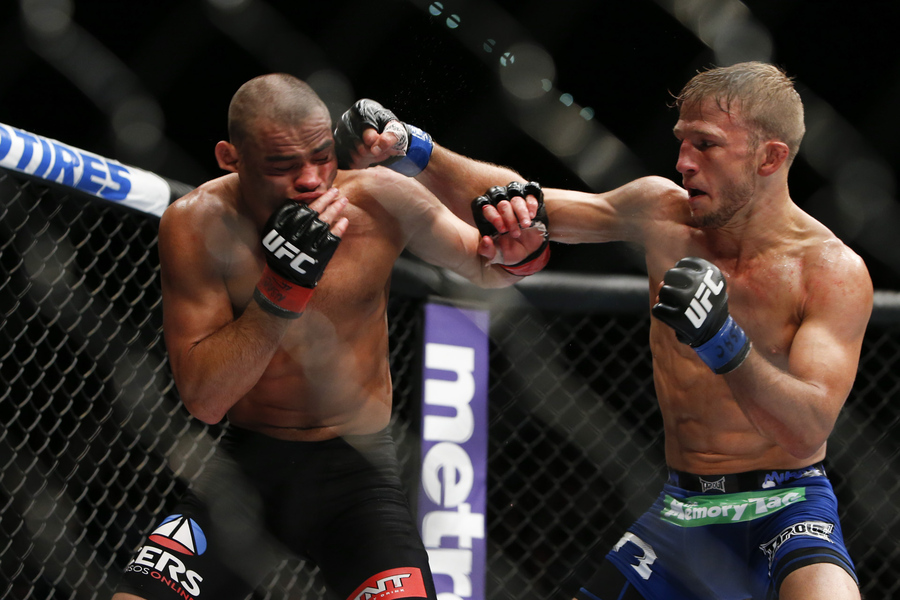 Former UFC bantamweight champion Renan Barão, who was slated to face current titlist T.J. Dillashaw at UFC 177 on Saturday night, has withdrawn from tomorrow night’s contest, according to multiple sources. Barão reportedly had problems when finishing his weight cut Friday morning, leading to his late removal from the main event of UFC 177.

Dillashaw will reportedly face former Bellator featherweight champion Joe Soto in the event’s revised headlining fight. Soto was originally slated to take on Anthony Birchak during the preliminary portion of UFC 177 and steps in on one day’s notice to fight for the bantamweight belt.

Barão’s departure is the second such fight-altering announcement to come on Friday after flyweight Henry Cejudo also withdrew from his scheduled contest against Scott Jorgensen. Jorgensen was not given a replacement opponent.