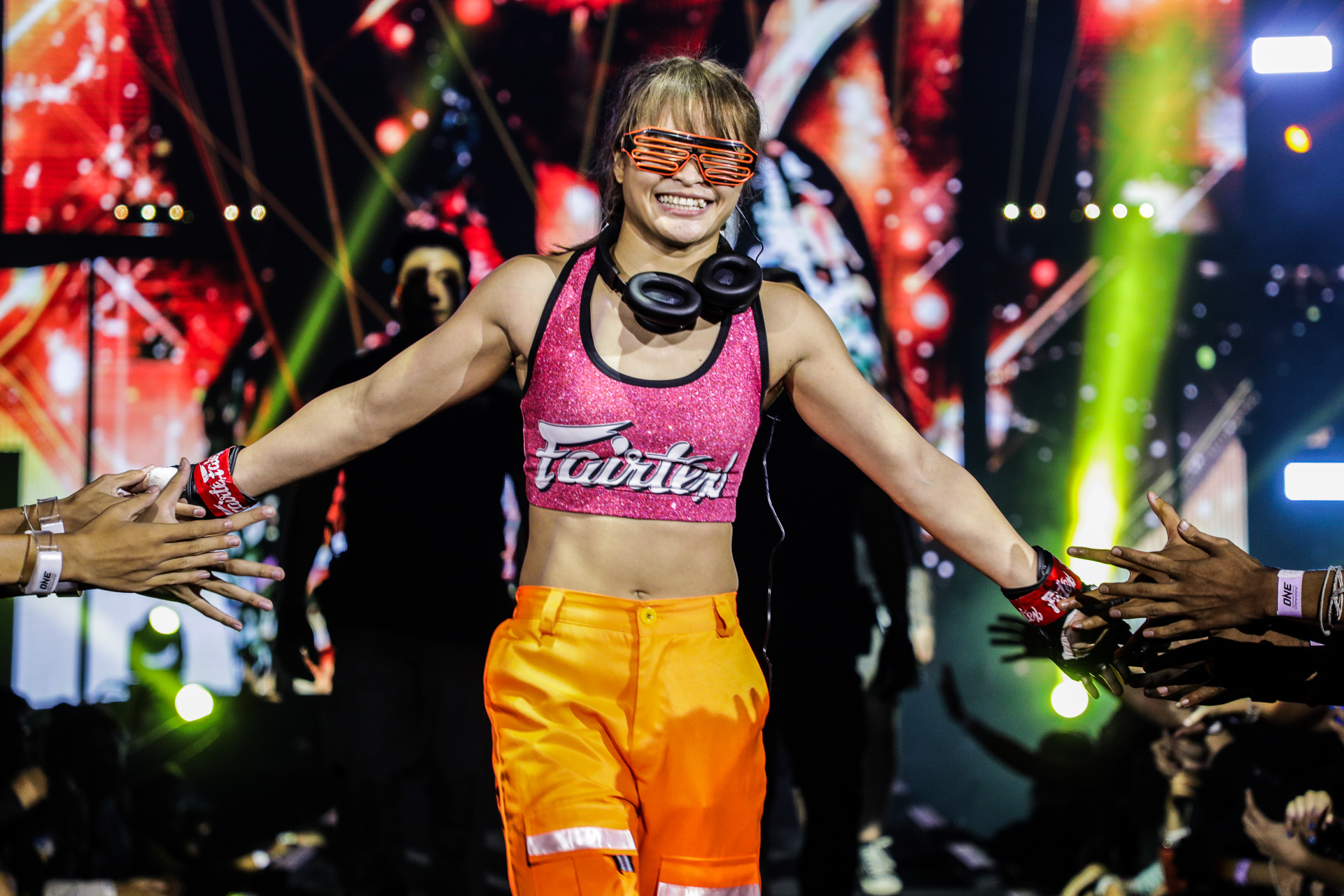 Stamp Fairtex and Anissa Meksen will throw down in one of the most interesting bouts of the new year. The two talented athletes will exchange leather in a mixed-rules superfight on Friday, January 13, at ONE Fight Night 6: Superbon vs. Allazov. The matchup, to be aired in U.S. primetime on Prime Video, will alternate between Muay Thai and mixed martial arts rules.

ONE Championship staged its first mixed-rules bout last year, when Rodtang Jitmuangnon and Demetrious Johnson competed in a similar affair at ONE X. That same night, Stamp challenged Angela Lee for the ONE atomweight MMA championship. Seeing the pomp and circumstance around the bout, Stamp found herself eager to be a part of a future superfight.

“The day I fought with Angela Lee was the same day Rodtang fought with Demetrious. [ONE Chairman and CEO] Chatri [Sityodtong], came to talk with me, and I told him that I was willing to take part in this kind of special fight. What I asked for came true. This is a new challenge for me, and it will push me to the limit,” Stamp told ONE.

After losing the bout to Lee, Stamp began her redemption tour to get back in the win column and work her way back into the world title picture. While she was training, she got word that a superfight was on the table. Without hesitation, the 25-year-old signed on the dotted line to take on one of the world’s premier strikers.

“[When I got the offer], I was practicing as usual at that time. [My manager] walked up to me and said, ‘You have to fight [Meksen] in MMA and Muay Thai rules.’ And I replied, ‘Really?’ I was so excited, because I know this will be one of the most important fights in my life. It will also bring me more followers,” Stamp said.

Striking legend Meksen has been flawless since arriving in ONE. Her perfect 3-0 record is only made more impressive by how dominant she has been in each of those bouts. But that doesn’t deter Stamp. After all, the former ONE atomweight kickboxing and Muay Thai champion wants to challenge herself against the best.

But that doesn’t mean she is negating that she will have certain advantages over Meksen. After years of dedication to growing her grappling for mixed martial arts, Stamp is ready to take the action to the mat in a similar fashion that Johnson did against Rodtang.

“It is a great challenge for me to see if I could take her down or submit her. Moreover, this event will happen in Thailand,” the Thai star said.

“I feel really pressured, but also very happy at the same time. I’m happy because I will fight in front of my family, teammates, and Thai fans. On the other hand, it’s a pressure on my shoulders, because I have to fight with a very strong opponent.

“But I feel like this pressure is positive for me, because it makes me eager to win.”

ONE Fight Night 6 airs live and free on Prime Video to all U.S. and Canadian Amazon Prime subscribers on Friday, January 13. The action begins at 8 p.m. ET.