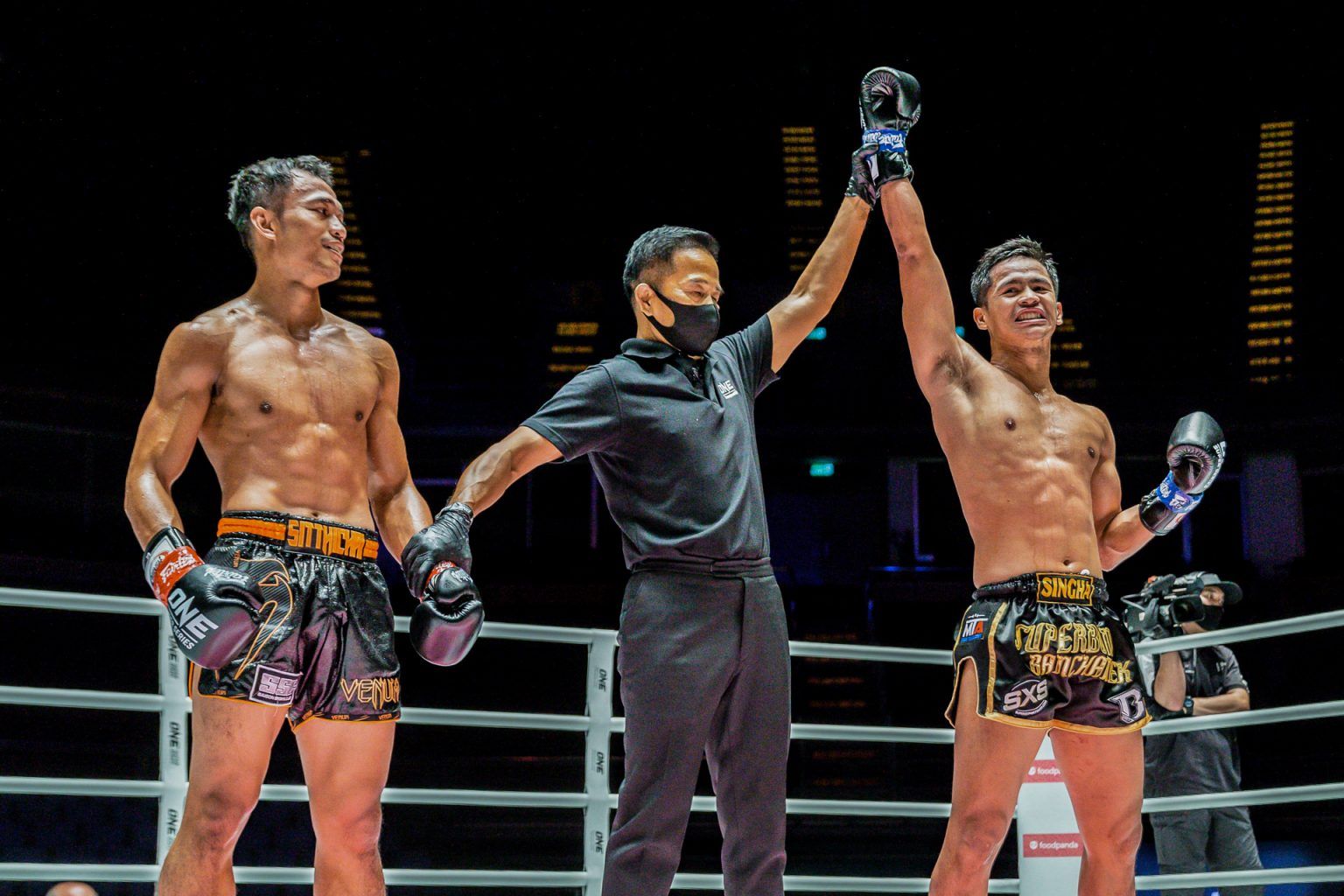 ONE Championship’s 2023 will get underway on Friday, Jan. 13, at the Impact Arena in Bangkok, Thailand with nine bouts across kickboxing, mixed martial arts, Muay Thai, and submission grappling set to excite martial arts fans around the world.

ONE Fight Night 6 will air live in U.S. primetime, free to all Amazon Prime members in the U.S. and Canada.

Superbon Singha Mawynn vs. Chingiz Allazov remains on the marquee as the main event, and the atomweight mixed rules super-fight between Stamp Fairtex vs. Anissa Meksen is ready to shock the world.

However, the card received a bit of a shakeup when the organization revealed the full lineup on Monday evening.

Ilias Ennahachi vacated the ONE flyweight kickboxing title after failing to make weight while hydrating, Sayan Khertek dropped out due to injury, and Fan Rong was removed after testing positive for COVID-19. But new athletes have taken their spot to keep the show rolling.

In the co-main event, Daniel Puertas will replace Ennahachi and have his shot at the vacant ONE flyweight kickboxing title against Superlek Kiatmoo9. Filling Puertas’ spot against Rodtang Jitmuangnon will be Jiduo Yibu.

Mikey Musumeci’s first defense of the ONE flyweight submission grappling championship will still be a Brazilian jiu-jitsu vs. Sambo matchup, as 2022 Sambo world champion Gantumur Bayanduuren debuts to challenge for the gold.

Aung La N Sang remains on the card, but Gilberto Glavao will replace Fan Rong, and the mixed martial arts match will be contested at a 215-pound catchweight.

Along with those changes, the promotion announced Garry Tonon’s return to MMA. He’ll face fellow American Johnny Nunez on the main card.

After the main card concludes, fans will get to see two additional bouts on YouTube or watch.onefc.com, as Kim Jae Woong meets Shoko Sato in a catchweight bout and Anna Jaroonsak rematches with Ekaterina Vandaryeva after their controversial 2022 Muay Thai scrap.