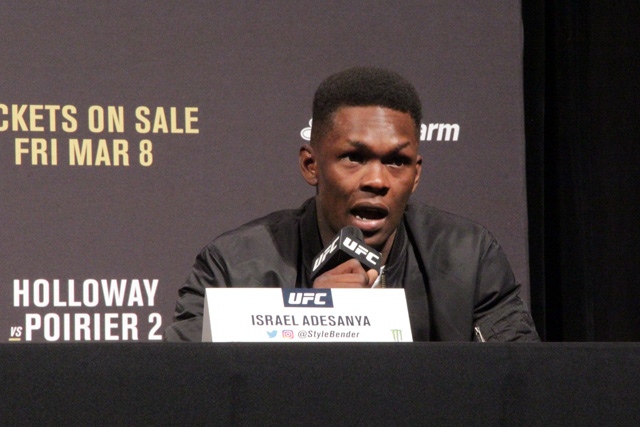 What’s Next for Israel Adesanya Following His Stunning Knockout Loss

2022 will go down as one of the most shocking years in the history of the UFC. Firstly, Britain’s Leon Edwards dethroned pound-for-pound king Kamaru Usman with a stunning come-from-behind knockout victory in August at UFC 278. Then, last weekend, Israel Adesanya – also in the upper echelons of the mythical pound-for-pound rankings – fell victim to late drama, walking to a monster left hook from nemesis Alex Pereira to lose his UFC Middleweight Championship in Madison Square Garden.

The 36-year-old Brazilian already held two victories over The Last Stylebender from the duo’s days in the world of kickboxing. The first was a controversial split decision. The second was via knockout from that daunting left hook. OddsChecker, which compares odds and provides free bets on UFC matchups, had made the reigning champion the favorite to extend his 12-fight winning streak during fight week. And it looked like Adesanya would do exactly that.

He dropped his challenger in the very first round before dominating him with wrestling in the third. Heading into the fifth and final round in New York City, the Nigerian-born Kiwi led by scores of three rounds to one on all three scorecards, the same scoreline that compatriot Usman led by against Britain’s Edwards three months ago.

But, just as was the case in Salt Lake City, the challenger found a home for his signature strike. After 22 minutes of hard-fought action, Pereira landed that ungodly left hook, which left the champion in a world of trouble. More shots rained in, which forced referee Mark Goddard to stop the contest with just three minutes remaining, making ‘Poatan’ the new king at middleweight in just his eighth MMA contest.

It was a moment that not many, the bookies included, thought was coming. The question now is, what’s next for the defeated Adesanya? The vanquished champion has fought three times since February, so some time off may not be out of the question. But if he steps back into the Octagon relatively soon, could one of the following men be his opponent?

The obvious option for the former champ is an immediate rematch with Alex Pereira. As anyone watching will have told you, it looked for all the world like Adesanya was finally going to lay to rest the ghost of those two kickboxing defeats and finally beat his nemesis. As is often the case with a nemesis, however, the challenger found a way to win, and now the onus is on the 33-year-old to mount a comeback.

This isn’t an impossible task. Amanda Nunes suffered perhaps the most shocking defeat since Ronda Rousey was starched by Holly Holm when she lost to Julianna Peña last December. She dusted herself off and regained her title seven months later. The same may happen with Izzy.

But there are two reasons why Dana White and his matchmakers may choose not to go down this route. One is the number of times The Last Stylebender has fought in recent years. He may wish to take some well-earned time off.

The second reason goes by the name of Robert Whittaker. The Aussie has defeated everyone except Adesanya in the Middleweight division, and he has more than earned his right to number-one contender status.

Settle the score with Sean Strickland

Should the UFC decide to go down the route of Alex Pereira vs Robert Whittaker, then the next option that makes the most sense would be Israel Adesanya vs Sean Strickland. Back at the UFC 276 press conference, the brash Strickland went at the champ in a way that no one ever had, viciously attacking him verbally for everything from his fashion sense to his love of anime.

On fight night, the 31-year-old was himself knocked out by Pereira, sending him right down the pecking order in the middleweight rankings. Should Izzy look for a tune-up fight before a rematch with the new champion, then settling his beef with ‘Tarzan’ may be the way to go.