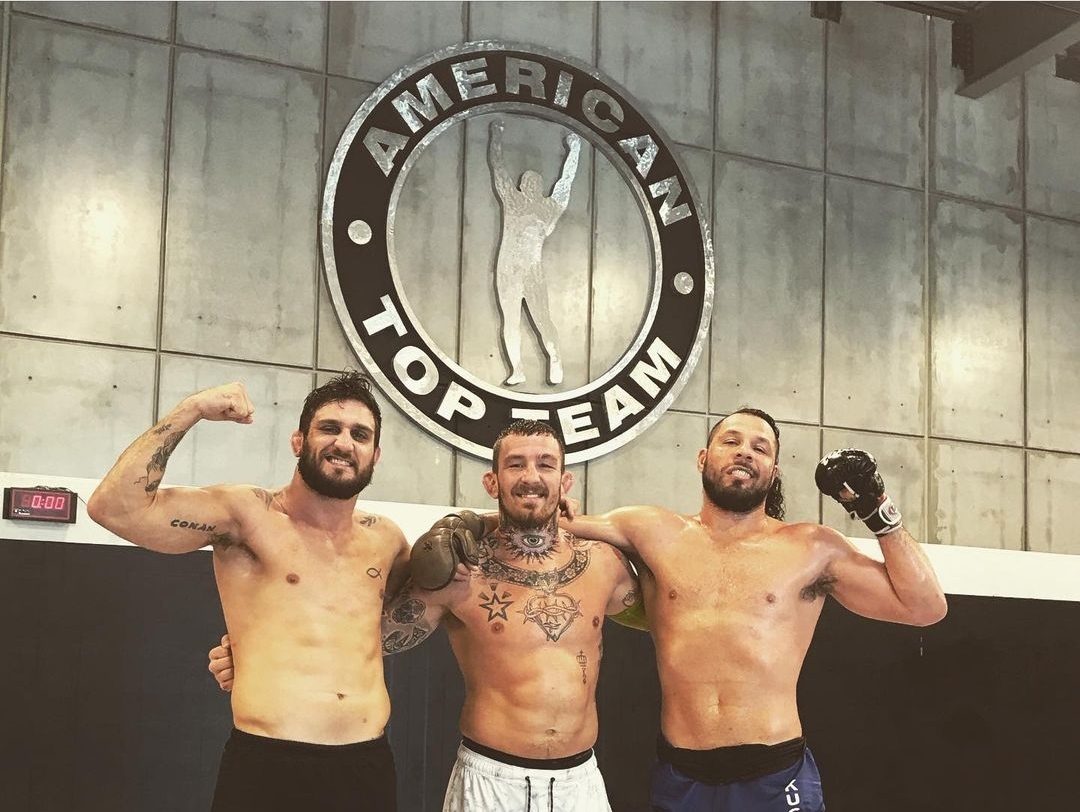 Five Light Heavyweight Prospects the UFC Should Sign in 2023

Being the champion of a top regional promotion makes a fighter basically a shoo-in to make the UFC roster, unless Bellator sneaks in and grabs them. With that in mind, LFA light heavyweight champion Bruno Lopes is likely a guy at the top of the UFC’s list to get on their 205-pound roster in the near future.

Lopes is a well-rounded guy that went 6-0 from 2013-2015. He then disappeared from MMA until he resurfaced in the Thunder Fight promotion in 2021, ending his six-year layoff. Once he returned, he started slowly taking on tougher opponents, though one could argue he still needs to challenge himself more. His 2022 campaign saw him go 3-0, scoring finishes over Lucas Rosa and Mailton Azevedo before winning the LFA title over Willyanedson Paiva.

Lopes’ layoff in his early-mid 20s seems to have paid dividends, as he’s returned even better than he was before and looks poised for a UFC run. With that LFA strap around his waist, he’s absolutely on the UFC’s radar as well.

If there is a fighter on this entire list who is not going to be signed by the UFC in 2023, it’s Simeon Powell, who is to fight in the 2023 PFL season. That said, Powell is UFC-ready right now and is somebody that should be competing for that promotion right now, seeing how the prospect talent pool at 205 is extremely shallow right now.

Powell is an electric striker with outstanding athleticism. He moves well in the cage, has flashy technique and great power when he lands on his opponents upper and lower body. He scored three wins in 2022 to keep his perfect record in tact. He started off the year with a decision victory over Tobias Baker. He then scored back-to-back knockouts in highlight-reel fashion, blasting through Clinton Williams with a knee and putting away Joao Paulo Fagundes with leg kicks.

Powell is just 23 years old, so I have this guy pegged as a blue chip prospect at 205 pounds, especially since there aren’t many quality light heavyweight prospects right now. He may not make the UFC this year-despite the fact he should-but he’s a guy that I think will be a player in the UFC at some point in the near future.

One of a couple fighters who lost in 2022 to still make this list, Josh Silveira is a touted prospect for a reason. The son of the legendary Conan Silveira is an Arizona State University wrestling prospect, a black belt in Brazilian jiu-jitsu and skilled on the feet.

Silveira spent his 2022 in the PFL. He started off in the PFL Challenger Series, where he choked out Mohamed Juma. He then entered the PFL season and knocked out multiple-season veteran Marthin Hamlet with a highlight-reel head kick. However, in the PFL playoffs he fell against UFC veteran Omari Akhmedov in a bout that will serve as a good lesson for him.

Despite that loss, I think greener pastures are ahead for Silveira and that should be in the UFC. I think he should make the jump from PFL if possible.

Lukasz Sudolski may be a familiar name if you’re one of the many fans who tunes into the Dana White’s Contender Series. The Pole competed there in 2021, and despite losing that fight, Sudolski bounced back in 2022 to show that he is still a top light heavyweight prospect that deserves some consideration from the UFC.

Sudolski trains with Berserker’s Team, a camp with a murderer’s row of talent that he gets training with on a daily basis. He’s a solid striker with a good submission wrestling skillset from the top. He’s also a big 205er at 6’4”, meaning he has reach and length as well. After closing 2021 out with that aforementioned loss on the Contender Series, Sudolski stormed back in 2022 with two victories, defeating Michal Pasternak and Ederson Macedo.

Sudolski is 29 years old, so he’s entered his athletic prime of his career. He’s tough as nails and talented, which should be enough to get him in. He’s also on the UFC’s radar and exciting to watch, which should get him some points in inking a contract with the biggest MMA promotion in the world.

France is continually growing a spot in Europe for potentially top talent and one of their newer up-and-coming fighters is Oumar Sy. The Ares FC and KSW veteran is undefeated at this point and has looked like a guy on a crash course with a UFC roster spot.

Sy is a long light heavyweight at six-feet-five-inches tall with very long limbs. That helps him when it comes to striking from a distance and looking for chokes on the mat. He has a striking background which is his bread-and-butter, but he has been tightening up his wrestling and grappling with Bulgarian Top Team. Sy went 2-0 in 2022, scoring a one-sided decision over Paulin Begai before putting away a more experienced opponent in Bartlomiej Gladkowicz in his most recent bout.

France is clearly a market the UFC has on their radar, as they held their first event there this year and they have taken advantage of stars like Francis Ngannou and Cyril Gane. Sy is a guy that could be somebody that follows in those footsteps, as he’s talented and UFC-ready now.