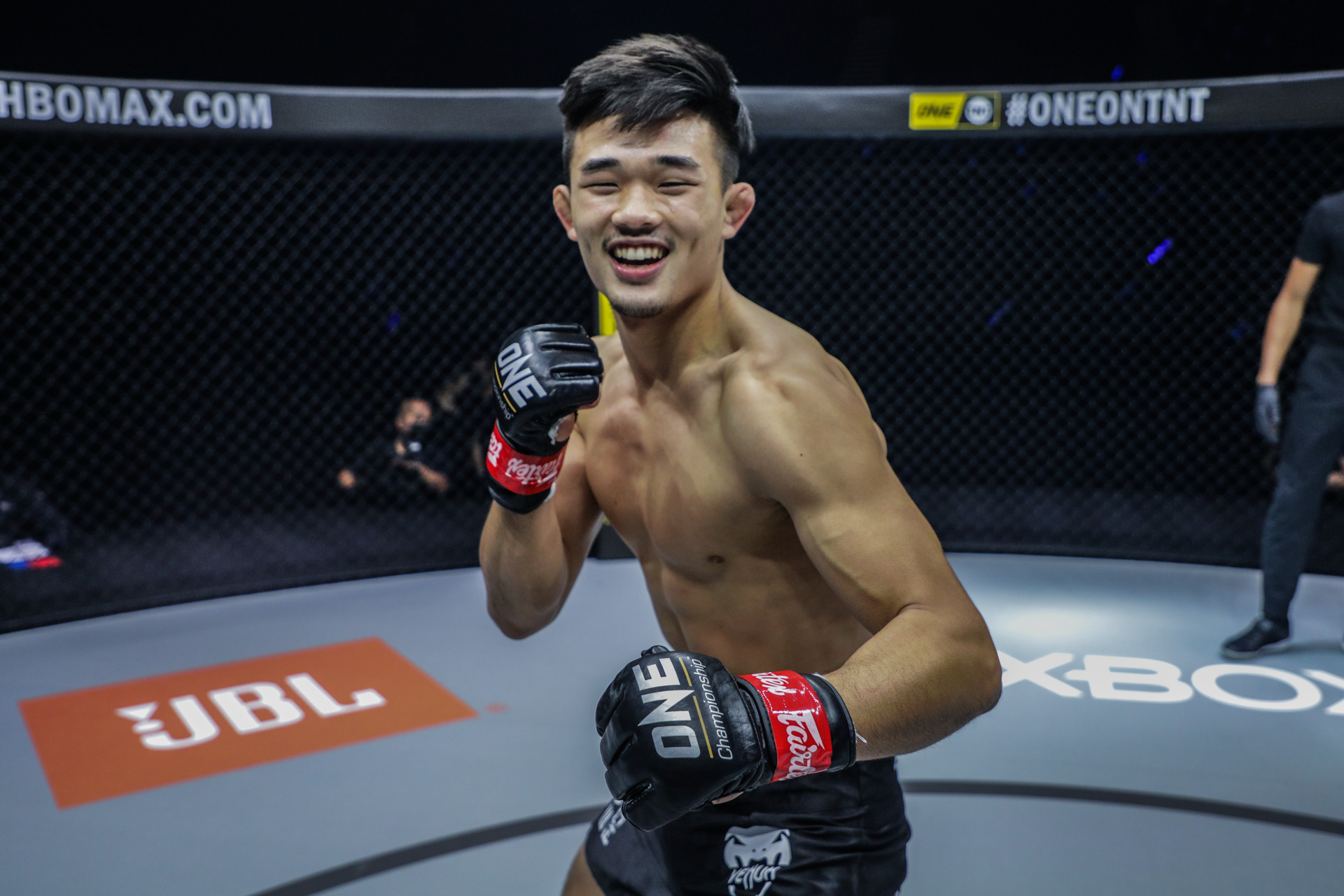 Christian Lee reclaimed the ONE lightweight championship with an impressive performance against Ok Rae Yoon at ONE 160 in August, and it has not taken the Hawaii resident long to go after his next big challenge.

The United MMA representative will return on Friday, Nov. 18, to take on ONE welterweight champion Kiamrian Abbasov in the main event of ONE on Prime Video 4.

“The Warrior” is thrilled that ONE Championship has granted him the opportunity to become a double champion, as it has been on his list for some time. In fact, he feels like his upcoming match was fated to take place.

“I’m extremely grateful for the opportunity to be fighting for the welterweight title. I’m sure there are other organizations who would want the champion to go and get a few fights in the welterweight division before going for a title. But I also feel like everything lined up well to make this super fight happen,” Lee said.

“So right now, there is no clear contender, and with there being no fight in the lightweight or welterweight division, it only makes sense to put the two champions together. So, of course, I’m grateful for the opportunity that ONE Championship has given me, but I’m also grateful that everything aligned the right way so that this fight could happen.”

The Lee family constantly seeks out challenges, as their warrior spirit is ingrained in their DNA. Christian, along with his sisters Angela and Victoria consistently compete to show their skills against the best competition available – and that is why moving up a weight class fails to intimidate matter the 24-year-old superstar.

Lee began his career in ONE at 17, fighting in the bantamweight division. But he soon moved up to featherweight ad then lightweight, as his body matured. Now making a push to welterwieght, “The Warrior” is not concerned about coming in as the smaller athlete, as he believes that his skills will carry him through the upcoming battle.

“Going into this fight, I feel that my cardio is better than it’s ever been. I truly feel like I’m in the best shape that I’ve been in so far. I think it’s easy to make the mistake when you’re moving up a weight division, to just simply put on the size, to put on the extra weight, and then to neglect the cardio. Because now you don’t need to do the same amount of cardio that you had to do to cut your division to your natural division. By going into this fight, I took some time to put on extra weight so that when I did step up the training, and when I did start doing my cardio, I would be able to be in the same shape I was fighting for the lightweight title as I’m going to be for the welterweight title.”

Lee does not enter this matchup with any cockiness, however. He is complimentary of Abbasov’s skills inside the Circle, and also his mental toughness. The United MMA star has seen Abbasov overcome adversity and prevail in championship rounds, and he knows that “Brazen” has a champion’s spirit.

The Singaporean-American superstar is honored to be headlining the next Prime Video card, which is free for all U.S. and Canada Amazon Prime subscribers. The massive platform is another opportunity for him to show his skills to the world. And the matchup between two champions, who love finishing fights, should offer fans into why he is known as “The Warrior.”

“It’s a big opportunity for me. I’m excited to be headlining my first event on Amazon Prime. I think they chose a good fight to headline this card because Abbasov is an extremely talented fighter. I know that when he goes out there, he’s always looking to finish his fights. And when I go there, I’m looking to finish my fights. So regardless of the outcome, I know, it’s going to be an exciting fight for the fans. And at the end of the day, this is the fight business. Our goal is to put on exciting fights for the fans, and I don’t think that this one is going to disappoint,” said the ONE Lightweight World Champion.

“It’s really just the way the fight game works. Every performance is your biggest performance. And going into this fight, this is everything. Everything that I’ve worked towards, has led to this moment, so yeah, definitely. This is going to be my biggest moment to date.”