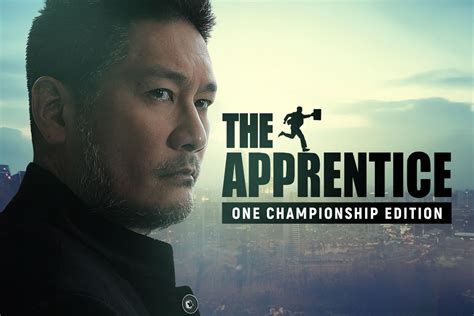 ‘The Apprentice: ONE Championship Edition’ Available on Prime Video

Fans will now be able to check out the award-winning first season of The Apprentice: ONE Championship Edition on Prime Video in North America. The streaming giant becomes the first major service in the U.S. and Canada to carry the exciting series, thanks to the ongoing collaboration between ONE Championship and Prime Video.

The reality-based competition pits 16 candidates against one another in a series of business-focused and physical challenges. The winner received a $250,000, one-year job offer to be ONE Chairman and CEO Chatri Sityodtong’s protégé.

Speaking on the introduction of The Apprentice: ONE Championship Edition onto Prime Video, Sityodtong pointed out that it is another example of the exciting content that ONE has to offer to its fans.

“This addition to ONE’s on-demand library on Prime Video gives us yet another way to connect with our passionate fanbase in the U.S., as we provide them with this exciting new content stack,” Sityodtong said.

The series features guest appearances by many high-profile CEOs and athletes, including Grab’s Anthony Tan, Zoom’s Eric Yuan, Catcha Group’s Patrick Grove, and Twilio’s Jeff Lawson, who stepped in to offer guidance to the candidates.

What set this edition of the hit TV show apart from others was the physical challenges that were undertaken by those vying for the top prize. Athletes like Georges St-Pierre, Rich Franklin, Demetrious Johnson, and Renzo Gracie lent their advice when it came to this department.

When it was first released to over 150 countries via Netflix earlier this year, the show ranked inside the Netflix Top 10 in Singapore and Indonesia and trended in many other countries as well. Now it comes to U.S. and Canadian fans exclusively through Prime Video.