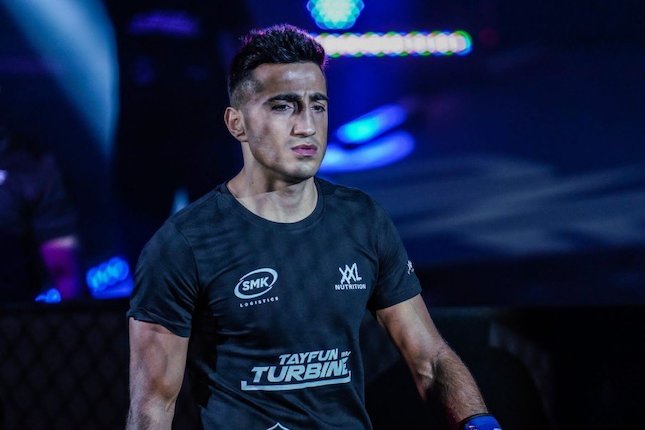 In an unexpected turn of events, Dutch-Turkish star Tayfun Ozcan finds himself five rounds away from becoming the ONE featherweight kickboxing champion.

After Chingiz Allazov was forced to withdraw from the matchup against divisional king Superbon Singha Mawynn at ONE on Prime Video 2: Xiong vs. Lee III, Ozcan stepped up.

Like all athletes on the promotion’s roster, winning ONE Championship gold is certainly a goal of his, but it is not the most important thing in his life. Instead, Focus is split between fight preparation and his two-year-old son.

When it comes to parenting, the striking star’s philosophy stems from his own difficult childhood, and his goal is to prevent his son from feeling the pain he went through.

“Without having a father next to you, I think you miss out on a lot. All of those things I missed out on, I am giving to my son now. And I feel like this is healing me. I feel the pain and the scars my father left me. But when I give to my son, I feel like I am healing. It is making me better.”

The upcoming title challenger has used his past to change his future and the future of his son. Everything revolves around love for Ozcan, and this has helped him stay grounded.

“But I didn’t have any of that. The only thing we had at home was fighting and drugs. There was only negativity at home, and we got beaten all the time. So, I want a very clean and nice environment for my children.”

“All you need to give your children is love, nothing else.”

Though he loves competing and enjoys what he does, “Turbine” doesn’t expect him to follow in his father’s footsteps, as the mindset to achieve high levels of success in kickboxing comes from missing out, and his son will never know what that feels like.

At least, not according to the man himself.

“If he wants to be a fighter, he can. I would be very proud, of course. I will not stop him; I will only help him. But I don’t think I don’t think he will choose kickboxing. Because, like I said, he comes from a good environment. Parents that never fight. No stress, only playing, good times. You know, I don’t think he chooses this life.”

Tayfun Ozcan will battle Superbon Singha Mawynn for the ONE featherweight kickboxing title at ONE on Prime Video 2: Xiong vs. Lee III on Friday, Sep. 30, at 8 p.m. ET.