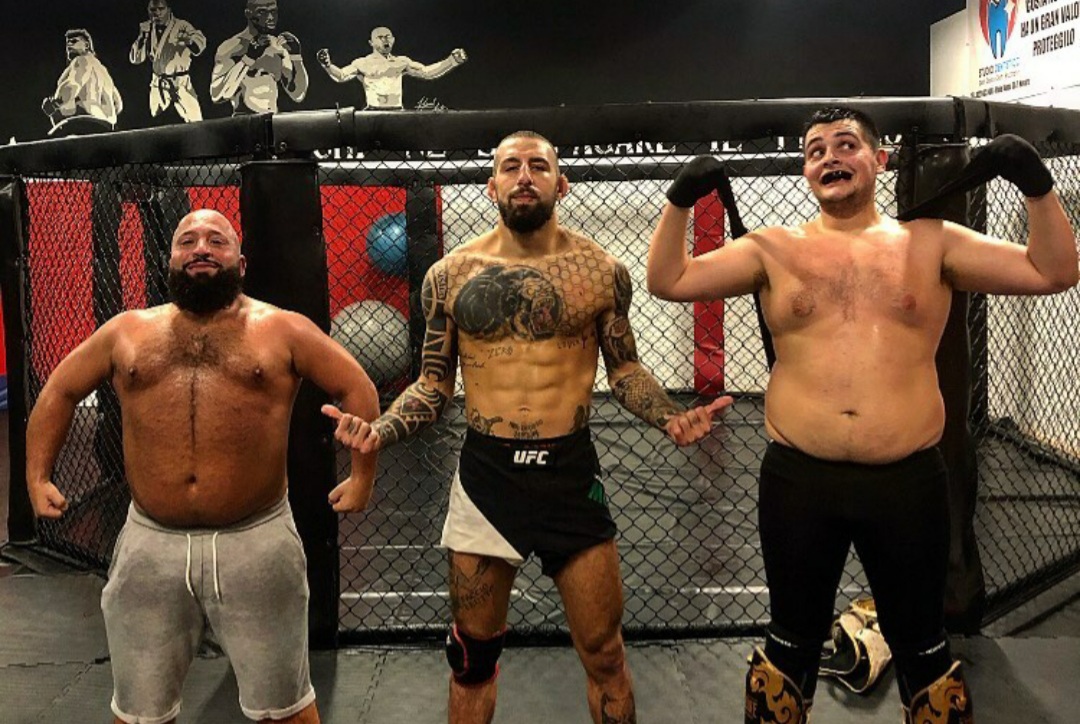 Bellator 287: The Italian Newcomers in Milan

Guido Colombo October 28, 2022
On Saturday, Oct. 29, start Bellator 287: Piccolotti vs. Barnaoui takes place at the Allianz Cloud Arena in Milan, Italy. 18 bouts are scheduled with 13 Italian fighters competing on fight night. Some of the Italians already have multi-fight deals with Bellator. This includes Chiara Penco, Daniele Scatizzi, and Nicolò Solli. However, there will be several other Italian fighters making an appearance on Saturday: Featherweight : Alex Bertinazzi vs. Edoardo Caiazza Bellator, as they typically do, will be giving a chance to some young local fighters. 23-year-old Bertinazzi, a former Greco-Roman wrestling national champion, has trained under the 2008 Olympic Gold Medalist Andrea Minguzzi, who will be one of his cornermen. He’s a former IMMAF Italian champion as an amateur, who holds submission and TKO victories in pro MMA. Caiazza is 24 years old, and he won his pro debut by first-round TKO last May. As an amateur, he was a two-time national IMMAF champion and IMMAF Italian national team member. Bantamweight: Ayoub Nacer vs. Cherif Ba Pape Nacer is a Moroccan, who grew up in Italy. As an amateur, he was 3-0 with 3 finishes. His teammate Daniele Scatizzi said, “You need seven gun shots to stop Ayoub.” He is very aggressive, has great stamina and has a marble chin, as they say in Italy. The Senegal native Ba Pape was a two-time karate world champion, who fought in full-contact kickboxing as an amateur. His coach says, “He’s very fast, has a good take down defense and an unconventional way of fighting, similar to Stephen Thompson.” Bantamweight: Percy Herrera vs. Luca Iovine Iovine is the only one in the early prelims who has a lot of experience. He fought in Cage Warriors, ACB, Oktagon, EMC and Shooto Europe, among others. He’s a well rounded fighter. Herrera is from Perù, but he started MMA and BJJ in Italy. He’s a BJJ brown belt and a grappling competitor. He recently improved his striking skills, and this may be the key of the fight thanks to his seven-inch reach advantage. Catchweight (181 pounds): Andrea Fusi vs. Steven Hill This will be a third fight on short notice for Fusi, as he is replacing his former opponent and now teammate Walter Pugliesi. The now-teammates had fought twice – at Bellator 211 and Bellator 230 – but neither has gotten a multi-fight deal with the promotion. This is despite the fact that the fans liked both of those fights. It’s Fusi’s return to the cage, after a one-year layoff due to knee surgery. He is a well-rounded and determined fighter. Featherweight: Walter Cogliandro vs. Yves Landu This is a tough fight for Cogliandro. He’s a former IMMAF national champion and national team member, and, since 2021, he’s based in SBG Ireland. He holds six finishes and has fought in both Cage Warriors and BRAVE CF. Strawweight: Chiara Penco vs. Manuela Marconetto “Beasty Barbie” Penco is already international well-known. Marconetto is an Italian girl living in London, where she started to train and fight in MMA. All of her fights have ended in decision. She fought in Combate Global and defeated Danni McCormack in her last fight. The Irish opponent was an IMMAF World Championship silver medalist, and, at Bellator 240, she was the last fighter to defeat Chiara Penco. Light Heavyweight: Simon Biyong vs. Dragos Zubco The already well-known Biyong, from Cameroon, started his MMA career in Genoa, but, in 2021, he joined the UFD team in Dusseldorf, Germany. The Moldavian Zubco is a former GLORY Kickboxing and King Of Kings kickboxer and was a WKN European champion too. He fought in 2019 in Bellator, defeating the world-class kickboxer Hesdy Gerges in an MMA bout. He is aggressive and powerful with his striking, but he has also improved on his wrestling skills. The Bellator 287 preliminary card airs live on YouTube starting at 4 p.m. ET, with the main card following on Showtime starting at 12:30 p.m. ET.
Advertisement