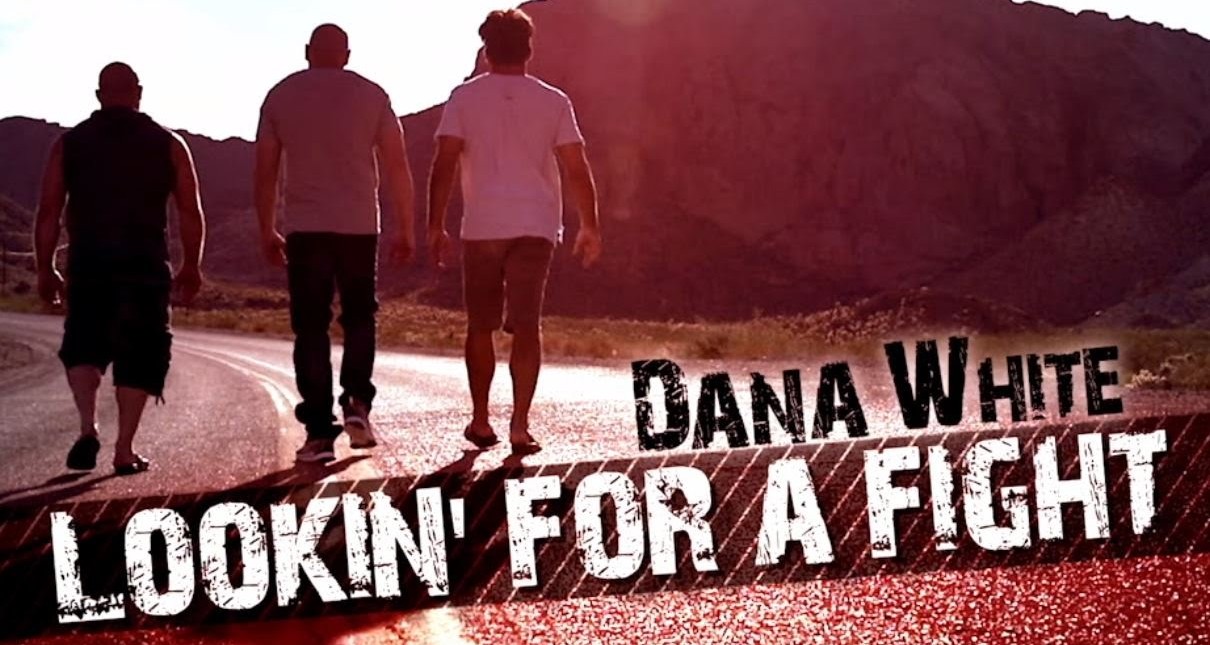 ‘Lookin’ For a Fight’ Is a Refreshing Direction for the UFC

With The Ultimate Fighter becoming less relevant by the season, it was only a matter of time before the UFC came up with a new way to try to introduce its audience to the next generation of mixed martial artists.

The promotion’s latest reality show, Lookin’ For a Fight, has aired three episodes on the UFC’s YouTube channel so far, and the results have actually been better than most expected. The premise of the show is simple, yet pretty fun and painless to watch. UFC President Dana White, former UFC welterweight champion Matt Serra and Dana’s longtime buddy Nick the Tooth travel from town to town, engaging in various oddball activities, watching regional MMA shows and handing out UFC contracts to the fighters that impress them.

As much fun as it is to watch the UFC boss make taffy or Serra punish Nick the Tooth during some jiu-jitsu sparring just because he can, the shocking thing about the UFC’s little YouTube show is that it’s somehow produced two relatively well-known fighters in just three episodes. The pilot sent White and company to Texas to check out a Legacy FC show where they signed the then little-known prospect Sage Northcutt.

The UFC struck gold from jump street with the new show, as Northcutt quickly became the “can’t miss” prospect in the sport soon after his signing. Even after suffering his first career defeat in his last outing, Northcutt is still one of the brightest young stars on the UFC roster. Most fight fans may not have found out about “Super” Sage from Lookin’ For a Fight, but the fact that the UFC already found a potentially huge star from the show bodes well for the series and even adds a bit of credibility to the show.

The second episode of the show didn’t feature a fighter as instantly dynamic as Northcutt, but it did introduce fans to the second fighter that’s been able to make headlines after appearing on Lookin’ For a Fight: Mickey Gall. After making short work of his opponent in his MMA debut, Gall got on the microphone after his victory and immediately called for White’s attention before asking to fight CM Punk in the former wrestler’s UFC debut.

While White didn’t give Gall what he wanted right away, he did offer the 24-year-old a UFC contract and a shot at Punk if Gall could pick up an Octagon victory, something Gall earned a few months later when he defeated Mike Jackson at UFC Fight Night 82. Gall has suddenly been thrust into the spotlight as the man who’s going to welcome one of the UFC’s biggest signings in years to the cage, becoming the second fighter in as many episodes to gain some notoriety from his appearance on the YouTube series.

The third episode of the show sent the crew to Alaska, and while there were a few guys White had his eye on, they ended up coming back empty-handed. While that’s probably not the best television, it did prove that the UFC isn’t going to just sign someone in order to get content for the show. This adds some legitimacy to the guys and girls that do eventually get selected. Not every prospect coming off of the show is going to be someone like Northcutt, but if the UFC can start finding quality fighters consistently on the show, then the MMA world will wake up and take notice.

It’s tough to say that Lookin’ For a Fight could eventually become the UFC’s successor to The Ultimate Fighter, but the idea has proven to have some potential so far. Nothing the UFC does is going to be able to touch the impact the first few seasons of TUF had on the sport, but Lookin’ For a Fight has a chance to, at the very least, connect fighters to fans better than The Ultimate Fighter has done in recent years. It’s much easier to sit through the 22-minute episode of Lookin’ For a Fight than it is to grind out 13 straight weeks of TUF. If we’re being honest, LFAF probably provides fans a better look at how good the upcoming fighters really are.

You can definitely learn a lot about a fighter while watching them fight through the TUF house, but the situation is so unnatural compared to a true training camp that it’s hard to gauge how fighters will perform coming out of the house. With Lookin’ For a Fight, you’re seeing guys fighting on a real stage and with their actual coaches and trainers in their corner. There’s no denying that fighters can gain an invaluable amount of knowledge while competing on TUF, but if you’re looking for a snapshot on how an athlete will perform on fight day, Lookin’ For a Fight will probably give you a better indication.

Lookin For a Fight isn’t going to replace The Ultimate Fighter anytime soon, and unless it can continue to produce solid talent like Northcutt and Gall, the show will probably fade away before fans really take notice that it exists. However, if the show continues to keep bringing in good fighters and remains as juvenile and entertaining as it has been to this point, it could definitely become required viewing for hardcore fans, and even some casual fans too.