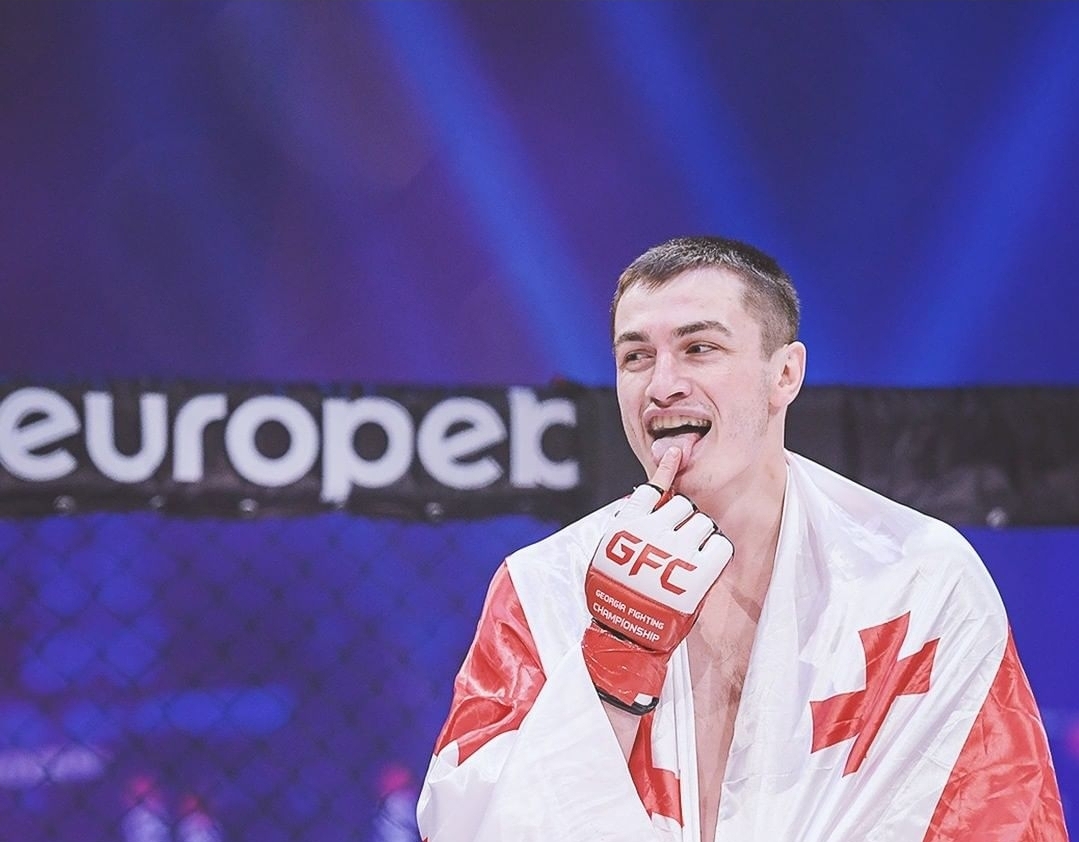 The show, which continues on its home on ESPN+, aims to give top prospects a chance to impress the UFC brass in an attempt to earn a contract with the company. The show’s second episode of the season takes place on Aug. 23 and streams live on ESPN+ starting at 8 p.m. ET.

Just 24 years old, Amiran Gogoladze is a very intriguing prospect from Georgia that has amassed some great experience at such a young age. The lethal striker jumped onto scout’s radar in 2020 when he destroyed former top prospect Pavel Kusch in under one minute. He followed that up with a loss to the well-regarded Handesson Ferreira, but since then, ran through his three most recent opponents with his brutal striking. All of those came in the first round.

Two young, hungry fighters will step in the cage when South Africa’s Cameron Saaiman takes on American Josh Wang-Kim. When you have two young prospects looking to impress the bosses square off against one another, you can expect a great fight. Saaiman is 21 years old and has looked sharp while competing in his home country. He’s undefeated as both a pro and amateur. As for Wang-Kim, he had a very extensive amateur career before turning pro. His only loss is by illegal elbows in a fight he was dominating, so he could be similarly undefeated. He’s highly touted and skilled, so he will give Saaima a tough outing.

Just 22 years old, Eduardo Neves looks to be a heavyweight prospect to keep your eyes on. He’s five fights into his pro MMA career and he has juggernauted his way through the competition with 100-percent TKO finish rate. That includes three first round knockouts in his last three fights, with finish times of 1:04, 0:57 and 0:41. With how young he is, Neves has a ton of time to continue to improve his game, and he’s going to. He weighs in close to the heavyweight limit of 265 pounds, so he’s a big fighter for the weight class. He takes on a fellow undefeated heavyweight here in Michael Parkin.

Darrius Flowers possesses a co-main event slot, but he has a tall mountain to climb. Not only is he fighting the perceived best fighter on the card in Gogoladze, but Flowers has shown some inconsistency in his career. In his five losses, he has been submitted four times, and while Gogoladze is more of a striker, he does have some mat skills. Flowers has boxing skills and overall striking acumen, but that will be challenged by Gogoladze’s abilities. Flowers could surprise us, as he does have an impressive three-fight winning streak, but he has the tallest hill to climb on this episode.

There are a number of great fighters on this card who combine skill and excitement. Those combos will result in a number of fighters inked.

Erisson Ferreira gets in, as he’s a flyweight and already has Contender Series experience.

Gomes and Neves both get signed, as they are exciting prospects in divisions that need additional bodies in their ranks at women’s strawweight and heavyweight, respectively.

Lastly, Gogoladze gets in by being the best fighter on the card and putting on a barnburner against a stylistically similar fighter.