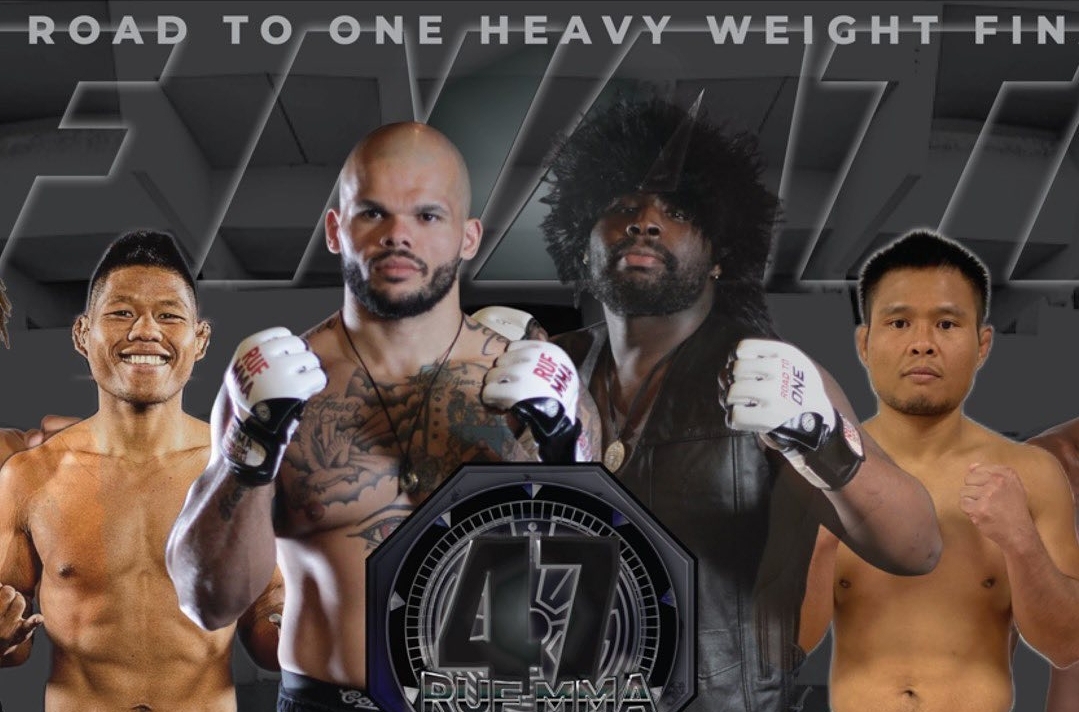 RUF Nation Thrives During COVID-19; Now Finding Next ONE Star

Dr. Joel Lopez will never forget the date Jul. 26, 2003. That night, former light middleweight boxing world champion Fernando Vargas kickstarted his comeback trail against Fitz Vanderpool in Los Angeles, Calif. But it was not the magnitude of the event, or the sixth-round TKO, that captured Lopez’s attention.

Invited by a friend to take in the experience, Lopez found himself watching the promoters and production of the event. Within 24 hours, he got the name of Roy Englebrecht, e-mailed him, and showed his passion for the industry. Five months later, after learning the ins and outs, Lopez returned to his home in Arizona to help promote Vargas’ next fight against Tony Marshall. Simply put, he was hooked.

After several years of promoting boxing events, Lopez finally decided to dip his toes into the world of mixed martial arts. The Arizona State University graduate relied upon his network to find talent and began working with future stars Cain Velasquez, C.B. Dollaway, and Ryan Bader.

“I promoted my first MMA show in Nogales, Mexico, in a bull ring,” recalled Lopez. “It was the funniest thing, man. There was no padding in the boxing ring. Nobody would fight Cain [Velasquez]. Ryan Bader almost killed [his opponent], because he slammed him so hard, he knocked him out. C.B. Dollaway destroyed his guy.

“I did a couple of other shows, and they weren’t successful. I said, ‘What’s missing here?’ And I wanted to call it quits and go back to boxing. But then, I had an idea. I said, ‘Well, because I’m Native American, let’s go with what we are and what we do.’”

Staying True To His Roots

Just like that, Ringside United Fighting – better known as RUF Nation – was born. Lopez focused on creating partnerships with different tribes and opening up new opportunities for the sport within his community. The first man he recruited was his cousin Adrian Romo, the VP of Operations. After coming to events to support his cousin, Romo found himself volunteering to do what was needed to help the show run smoothly.

Following a successful first event on Jul. 4, 2009, other venues that previously ignored RUF Nation were suddenly interested and opened their doors to the promotion. The growth was too much to ignore. But with growth also came problems.

Outpacing their own capabilities in 2017, C.J. Pitman and Jason Martinez soon found a home in the Phoenix-based organization to help shoulder the burden. Pitman tackled anything that needed to be done across the board. Meanwhile, Martinez’s suggestions on how to make RUF Nation a better experience for talent, coaches, and the commission were heard.

Lopez was finally able to loosen the reins, trust his team, and begin a partnership with those he could trust the most.

“It’s just family, man,” Lopez said. “There’s no attitude. There’s no power struggles. Everybody kind of knows their role, except for me. Sometimes, I kind of overstep my roles. Like ‘Boss, stay in your lane, pump the brakes. But my full confidence in my team is just what really, really, really is giving us the leg up and continuing doing these shows. The bottom line is – we’re not stopping anytime soon.”

RUF Nation is known for being the only Native American-owned martial arts promotion in the country. However, that is not the only thing special about the organization.

This Arizona-based company is built on the relationship of its four key staff members. The trust between the group has created an everlasting bond that allows them to battle through the most challenging times.

“The uniqueness is the cohesiveness that we have with the four people that run it,” Romo said. We all have a specific role, and we know what that role entails.

“In order to be successful, I think everyone needs to buy in, have the same goal in mind, have an idea of how things are going to run, and be more than just a team. [We need] more of a family type of environment where I can trust when something needs to get done, and if it’s on their plate, it will get done. It’s the people that run it that make it special.”

“This is a bootstrapped, put together by duct tape and glue, made-to-look-pretty promotion,” said Pitman. “The family aspect, the respect aspect, a lot of the cultural and martial arts aspects actually intertwine very easily there. They overlap very well when it comes to respecting honor — all the key things that we hold dear as mixed martial artists. They also are very well practiced in Native American culture.”

The shared mindset of the foursome brought them through the COVID-19 pandemic. They were the first promotion to set health-and-safety protocols, while also lobbying the Arizona State Boxing and Mixed Martial Arts Commission to get back to putting on events for the fans. As a result, RUF Nation held seven live events in 2021 – a shocking number, especially when considering most promotions were put on ice. They were proactive, in part, due to their passion and drive to continue to build RUF Nation’s footprint in the sport.

“Between all of us, we logistically have it dialed down to where we all have a lane, and it’s a vital part of the promotion,” said Jason Martinez, RUF Nation’s matchmaker. “We trust each other, and we communicate like every three hours, literally, in order to make things work the way they do.”

The Future Is Now

While the road has been paved with blood, sweat, and tears, the four-headed monster that is steering RUF Nation down the highway is focused on the future. And this coming Saturday, May 14, the Phoenix organization hosts RUF 47: Road To ONE Heavyweight Tournament Finals, where the victor will earn a six-figure contract to compete in fighting juggernaut ONE Championship.

For Pitman, he believes this is just the tip of the iceberg for RUF Nation and ONE Championship.

“My vision is different than most people,” said Pitman. “I see RUF being the platform, the system of the future, for mixed martial arts. RUF will be the positioning piece that puts the next 20 or 30 years of future global superstars in that position.

“The trajectory from here is focusing on the fighters and building their value, and then hopefully finding them a home with ONE Championship. I want to grow that throughout the United States. I want RUF Nation to be exactly that. The United States platform for up-and-coming mixed martial artists.”

Part of the growth will be adding the best up-and-coming American fighters, and RUF Nation has already seen its roster increase year-over-year.

“Our talent pool has probably tripled in the last couple of years, and we now have audiences in several countries off of our pay-per-view platform,” Gutowski said. “We just keep booking better talent every time. I can’t see anything but good things for the next few years, and I hope to even do some more of these tournaments for ONE. I think it’s a great tool to recruit some amazing talent.”

But it all comes back around to Lopez, the man who took his passion and laid the first brick for the foundation of RUF Nation. For him, he has already put the future of the company into the ether. And as the talent pool deepens, and the future gets brighter, the organization’s founding father plans to bring RUF Nation all across the States.

RUF 47 takes place in Phoenix, Ariz., on Saturday, May 14. Tickets can be purchased via etix.com, and it will stream live via pay-per-view on RUFNation.com.